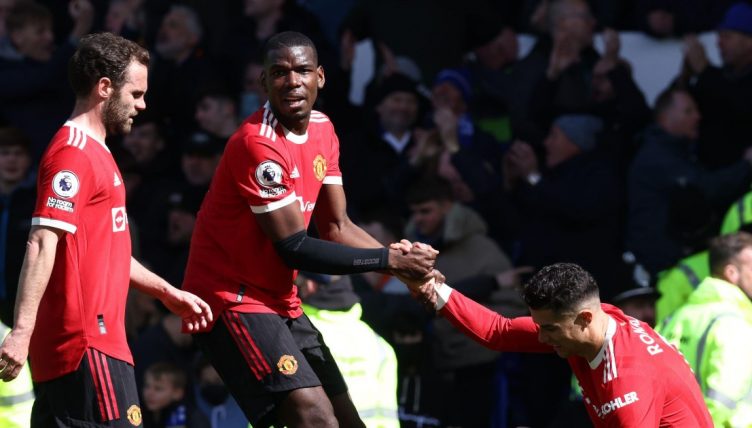 Most of the Manchester United squad walked straight off the pitch without acknowledging their travelling away support after their 1-0 defeat to Everton in the Premier League.

A video from the stands seems to show all of the players bar Jadon Sancho walking straight off the pitch without applauding the United fans, as is usually customary.

It demonstrates the rift between fans and the players, with United supporters increasingly annoyed about the lacklustre performances they have been subjected to.

At that same game, Cristiano Ronaldo appeared to slap the phone out of someone’s hand, an issue that is now being looked into by Merseyside Police.

“I think we had a good start into the game,” Manchester United’s interim manager Ralf Rangnick said.

“The first 25 minutes, we were in control of the game but we didn’t take enough, make enough advantage of that dominant period in the game.

“Especially on our left side, I wish we had created more overlaps, underlaps and exploit this open space more than we did.

“We had our moments, we could have scored in the first 25 minutes, and still even in that period of the game I wished we were more penetrating, have more players in the box.

“Their first shot at goal, they scored, it changed the game, it also changed – what was expected to happen – it changed the atmosphere in the stadium, and in the second half they just defended and we were not able to break that wall down.

“If you don’t score against a team against Everton, with all respect a team that conceded three goals against Burnley, you cannot expect to get anything out of it.”

#mufc not one baring sancho applauding the away fans #disgrace after that shambles WOW!!! pic.twitter.com/FP40L83HGA