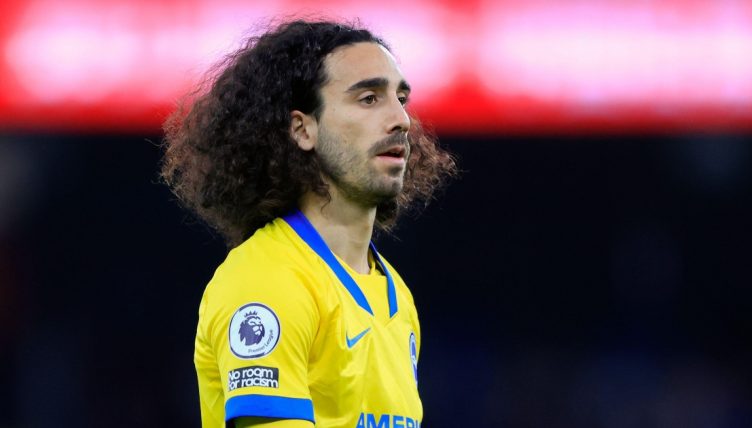 Chelsea are close to signing Marc Cucurella after agreeing to meet Brighton’s £50million asking price according to Fabrizio Romano.

Cucurella has quickly become one of this summer’s must-have players following a superb debut season in the Premier League.

The 24-year-old was the subject of a £30million bid from champions Manchester City and handed in a transfer request on Friday in an attempt to push a deal through.

The Daily Mail claimed Cucurella had his heart set on working with fellow countryman Pep Guardiola at the Etihad. The inference was that Chelsea may find it difficult to convince Cucurella to move even if they did meet Brighton’s valuation.

But the 2021 Champions League winners were given encouragement that Cucurella was interested in joining their club over the weekend and it is thought personal terms will not be an issue.

Speaking on his YouTube channel, Romano confirmed that: “Chelsea are hijacking Manchester City’s Marc Cucurella deal. I updated you on Monday morning because Chelsea have been working on this on Sunday and Monday.

“What happened with Cucurella? Manchester City had an agreement since June with Cucurella and his agents for a five-year deal. Everything was ready, Cucurella handed in a transfer request to leave Brighton last week.

“But there was no agreement between City and Brighton on the transfer fee. Brighton have always asked for £50million, City offered £30million at first and £40million on Thursday last week but with no intention to go over this.

“They want to pay £40million. This is what they told Brighton many, many times. The player wasn’t happy with the general situation as he wanted to leave Brighton and play Champions League football.”

Detailing Chelsea’s move for the player, Romano added: “During the weekend, [Chelsea owner] Todd Boehly and his staff decided to jump into it and hijack the Cucurella deal.

“Now I’m told, on Monday night, that Chelsea are really, really confident they will get it done. Chelsea have been working on it all day with Brighton, with the player’s agent and there is no issue on the player’s side – Cucurella would be open to joining Chelsea.

“Chelsea are preparing a contract for Cucurella, which is almost ready, and there is no problem between Cucurella and Chelsea on personal terms.

Boehly is also open to a swap deal, with young defender Levi Colwill potentially moving to Brighton on a permanent basis.