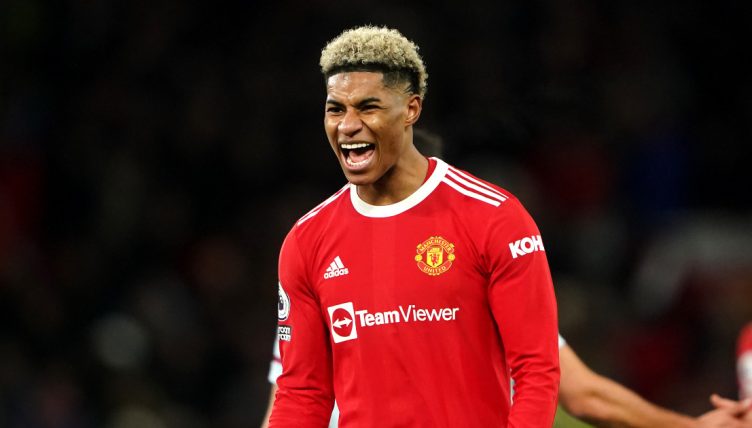 Manchester United star Marcus Rashford may not have had the best of seasons in 2021-22, but he showed he’s lost none of his touch or accuracy in a pre-season crossbar challenge on Tuesday.

He often looked bereft of confidence when he was on the pitch, nothing like the elastico-loving, goalscoring phenomenon we had seen in previous campaigns.

But Rashford is already working towards a fresh start in the 2022-23 campaign and a snippet of his preparations were shown on the FIVE Twitter feed on Tuesday.

The 24-year-old was seen training with some friends and showed his quality first touch, booting the ball up in the air before waiting for it to fall and killing its momentum with a delicate touch of his right big toe.

He was then challenged to hit the crossbar by one of his mates. Of course, he took the challenge on and passed with flying colours.

A good 40 yards away, with no warm-up shots, Rashford rattled it perfectly off the woodwork before walking away in quiet satisfaction at his handywork.

With the arrival of new manager Erik ten Hag, Rashford will be hoping for a clean slate in the upcoming campaign, and with Manchester United’s first pre-season game less than four weeks away, he is already working to be ready.

It will be interesting to see how Ten Hag utilises the England international at Old Trafford, but according to Jose Mourinho, Rashford’s at his most effective on the wing.

“I always thought his best position is when he comes from the left to the centre, not when he’s a clear No.9,” Mourinho told Sky Sports in 2019.

“I always thought it was better for him to come from the side, especially the left side.”