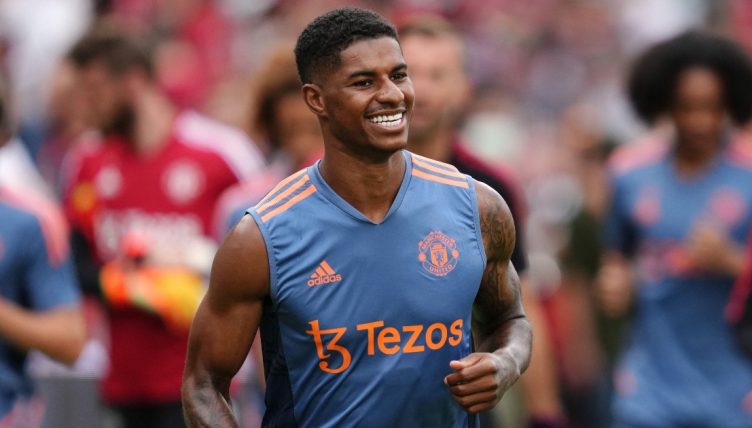 Marcus Rashford delighted a crowd of Manchester United fans by showcasing his skills during a recent training session in Perth.

Rashford broke into the United first team back in 2016 and then established himself as one of the most exciting forwards in the Premier League.

But he had a disappointing campaign in 2021-22, scoring just five goals in 31 appearances in all competitions and losing his place in Gareth Southgate’s England squad.

The 24-year-old is now hoping to rediscover his best form under Erik ten Hag and has scored against Melbourne Victory and Crystal Palace in pre-season.

“We can do a lot together,” Rashford said recently when asked about Ten Hag’s arrival. “For me it is a fresh start, something I am looking forward to.

“The first two and a half weeks of training have been good. We have improved a lot. The team is a lot fitter than last season. We have a lot of room for improvement. I am in a good place right now. I am looking forward to getting more games under my belt and getting ready for the season.

“It has not been natural to have a long break, just under four weeks. It is an opportunity to refresh. I am ready to go again. I have used the opportunity to do what I have always done and refocus.

“This is my first year I have been with the team since the beginning [of pre-season]. I feel a lot better than usual, when I go away with the nationals and come back part-way through pre-season. It is important to get a fresh start. I feel fresh and ready.”

The England international appears to be regaining his confidence and went through his repertoire of tricks in an open training session, delighting the onlooking fans.