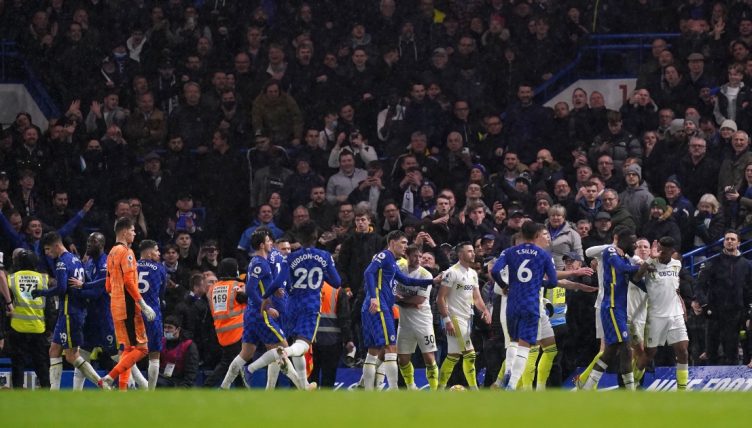 Chelsea snatched a late victory over their old rivals Leeds United and tempers between the two sets of players boiled over at full-time.

This was the first meeting between the two with fans present since May 2004 and the game at Stamford Bridge was predictably passionate and volatile at times.

Jorginho slotted home his second penalty of the game to secure the three points for Chelsea and both sets of players marked the final whistle with an extended period of handbags.

The Leeds players were incensed with Rudiger, who they believed had cheated to win the decisive penalty, while the Chelsea lot were sticking up for their besieged team-mate.

Chelsea’s win took them back to within two points of league leaders Manchester City while Leeds remain six points above the relegation zone.

Rudiger is having to be pulled away by his teammates 🤬 pic.twitter.com/scBLJP8cRP

Can you name Chelsea’s top 30 goalscorers of all time?