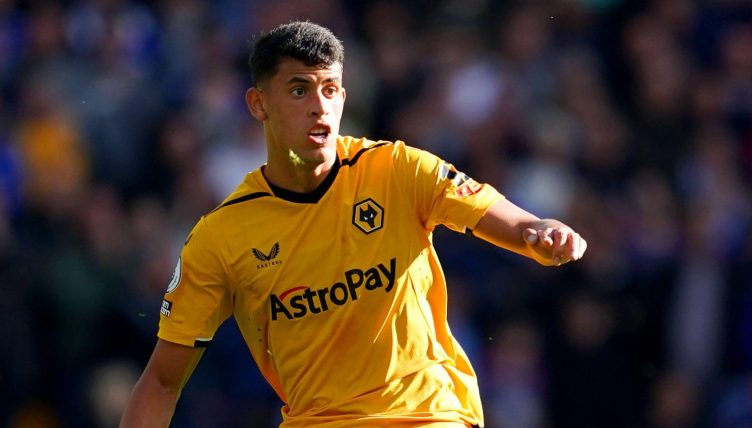 Liverpool’s midfield woes are well-documented and Fabrizio Romano has reported that the club are interested in signing Wolves and Portugal man Matheus Nunes when the opportunity arises.

The Reds are in desperate need of midfield reinforcements, with Jordan Henderson, Fabinho and Thiago all performing well below the levels that they have given in the past, leaving Jurgen Klopp with few options.

It has been a major factor in Liverpool’s decline this season, with Klopp’s side currently experiencing their worst season under his management. The club are currently sitting ninth in the Premier League, 19 points behind League leaders Arsenal and 10 points off a top four spot.

But little seems set to change this January, with Klopp playing down suggestions that the club may add a midfielder during the current transfer window.

“Is this the right moment to strengthen? I can’t see it”, Klopp told reporters last week. “We have an existing squad as well and it is my responsibility to get them to perform. We have players who are not available”.

That hasn’t stopped Liverpool being linked with the likes of Jude Bellingham and Moses Caicedo in recent weeks, and Romano has added the name of Nunes to the list of midfielders the Reds are targeting.

Liverpool were heavily linked with Nunes with over the summer, before he eventually swapped Lisbon for Wolverhampton, and any move would likely come at a premium, with the Portuguese midfielder under contract until 2027.

But, as Romano has said on his latest YouTube update, he is under consideration by Klopp and Liverpool.

“I can confirm, as I already said a few weeks ago, there is strong interest from Liverpool in signing Nunes in the summer,” the Italian journalist said.

“Liverpool’s top target is Jude Bellingham, and this isn’t going to change as Liverpool are still in the race, and Jurgen Klopp is really pushing for him.

“But Liverpool will be in a race with Chelsea, Manchester City and Real Madrid for Bellingham, so let’s see what happens.

“Nunes isn’t just an alternative, he’ll be one more midfielder in the sense that Liverpool will probably lose Alex Oxlade-Chamberlain on a free and, from what I’m told, Naby Keita has a good chance of leaving Liverpool this summer.

“This is why Nunes could be a serious option for Liverpool. I’m told that a potential move to Liverpool was already discussed with the player last summer, before he joined Wolves, so keep an eye on this possibility.”

READ NEXT: 9 midfielders Liverpool have missed out on under Jurgen Klopp