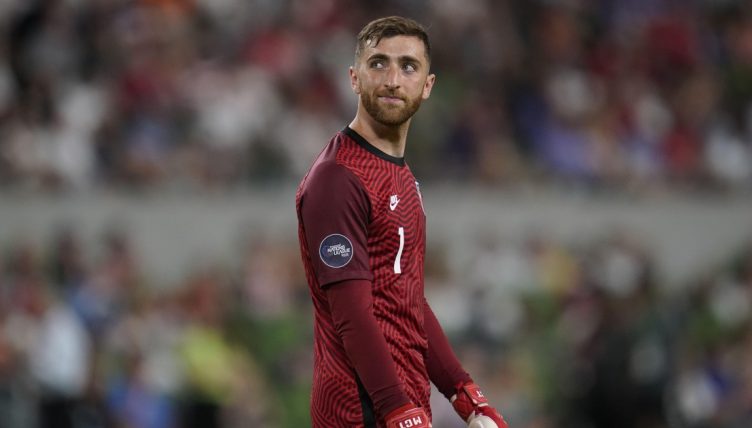 New Arsenal signing Matt Turner has already endeared himself to the supporters after he was filmed refusing to sign a shirt belonging to a Tottenham fan.

Turner is set to move from New England Revolution to the Emirates on 1st July for £5.7million and, on Sunday, played his last game for the MLS side.

After the match, the USMNT international said his farewells to the fans and took some time to sign a number of items when the incident happened.

In a video that’s been gleefully shared on social media, a fan wearing a Spurs shirt held out another for the 27-year-old to sign, but the player quickly turned him down before signing shirts belonging to other supporters.

In the video, Turner could even be heard saying ‘oh no’ as he realised what the shirt was and even labelled it ‘disgusting’. We have a feeling he’ll fit in fine in the red half of north London…

Asked about the perception of him playing a back-up role at the Emirates Stadium, Turner told Sky Sports News: “I can see why they’d assess it that way. Aaron had an amazing season for Arsenal and played well all year.

“His main message for me was just to focus on what I need to focus on right now, getting through these next few months, staying healthy, staying fit and getting ready for pre-season and compete.”

I think he’ll fit in just fine on his side of North London 🔴⚪️😉 pic.twitter.com/pDzmYRACk0