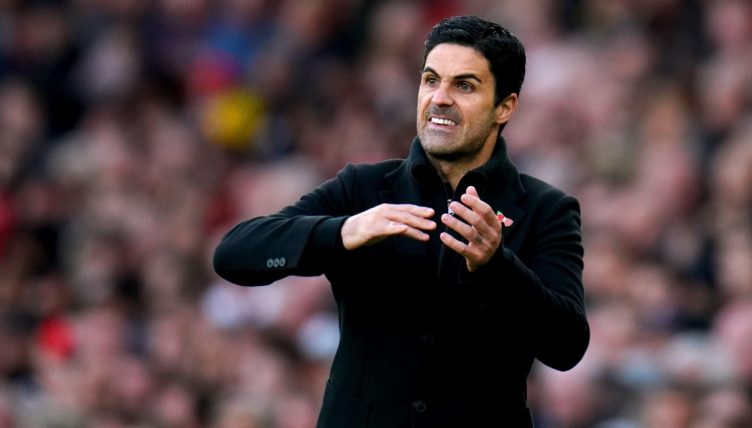 Mikel Arteta is being shown in a new light in Amazon Prime documentary ‘Arsenal: All or Nothing’ and footage has emerged of the Gunners boss fuming after their FA Cup defeat at Nottingham Forest last season.

Arsenal’s ups and downs throughout one of their most tumultuous campaigns in modern history have been aired to the world as part of the latest programme in a series which has already followed Manchester City, Tottenham Hotspur and Juventus.

From losing their opening three Premier League games of the season to launching a Champions League charge, Arsenal‘s emotional rollercoaster of a season has been documented in fascinating detail for football fans to enjoy.

And viewers were given a fascinating insight into Arteta’s mindset following their defeat at Nottingham Forest in January.

After a miserable 1-0 defeat at the City Ground, summed up by Nuno Tavares being tactically substituted in the first-half, Amazon’s fly-on-the-wall cameras showed that Arteta gave his players a piece of his mind.

There was no sign of flip charts, photographers or manifestation exercises when the Arsenal boss came out swinging in the dressing room, letting his players know exactly what he thought about their miserable performance.

“You agree with me guys? Yeah? But between you f****** do it and demand yourself, that’s what I’m telling you in f****** training because I see it in training, that it doesn’t matter to give the ball away. ‘It’s okay, sometimes I go to the next ball and I run,’ no! Because in the game it’s a goal.

Many will feel Arteta’s reaction was fully justified; former Manchester United midfielder Roy Keane suggested they were playing “like a pub team.” on ITV’s coverage of the match.

“It’s been so poor,” he said on ITV. “Pace of pass, decision making, passing it behind people. Really… rubbish.”

Arteta's reaction to losing in the FA cup against Forest.pic.twitter.com/AydvNgUHby

Ranking every Arsenal home shirt of the Premier League era