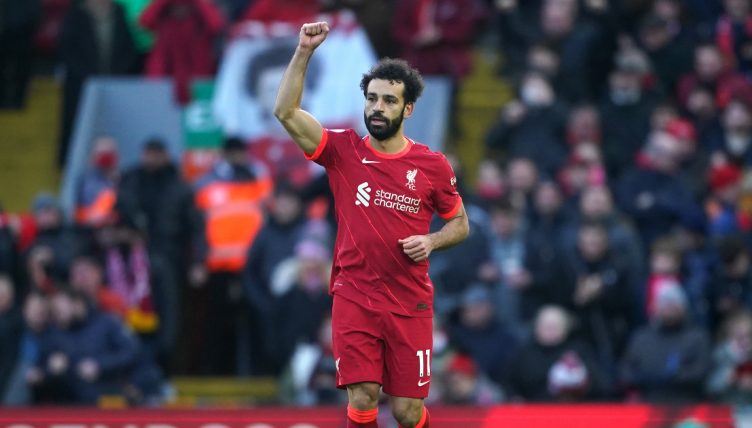 Mohamed Salah has been in ridiculous form this season and has been determined to grab his 150th goal for Liverpool.

It took over an hour on Saturday but Salah’s second-half strike meant he reached 150 for Liverpool – and his performance alone deserved it.

Jurgen Klopp’s side didn’t have their best game in the first half at home to Norwich City but Salah was his usual self and terrorised the Norwich defence to the point where Brandon Williams will have nightmares.

Whenever Salah picks up the ball on the right-wing there is excitement in abundance, and this occasion was no different.

Driving into the box, the Egyptian king turned Williams inside and out and showed ridiculous technique to eventually beat him into the area and fire off a shot, which went just wide.

Williams has been decent in his loan spell away from Manchester United, but the 21-year-old will not want to relive this experience.

Klopp recently praised Salah’s incredible goal record as he edged closer to the 150 mark, and admitted that he was one of the club’s great when compared to some of Liverpool’s historic icons.

“I’m only seven years here now, the club is so much older and there were so many great players here,” Klopp said in his pre-match press conference.

“That this team is one of the better ones in the wonderful history of this club is clear, and that Mo has a massive part in that is clear as well. The numbers speak for themselves, it’s absolutely insane.”

“When you say now 150, I thought it was only recently we spoke about 100. It’s obviously a massive number and hopefully he can do that tomorrow.”

Klopp certainly got his way, as Salah grabbed his goal, and Williams will be eager for the full-time whistle to sound.