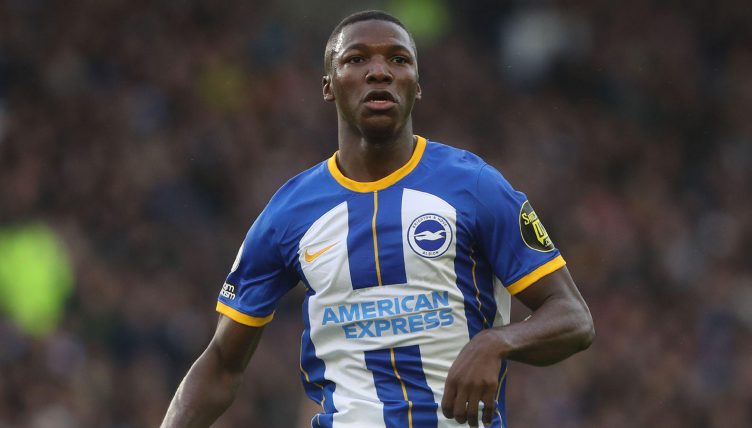 Fabrizio Romano has provided the latest information on Chelsea’s latest transfer target as they are now pursuing a deal for Brighton midfielder Moises Caicedo.

It’s no secret that Chelsea are in need of strengthening their midfield. With the likes of N’Golo Kante and Jorginho not getting any younger, it makes sense that they are looking into this position.

Romano has provided an update on their hunt for the Brighton midfielder and how serious their interest is. He explained on his YouTube channel: “The next one is Moises Caicedo.

“They really appreciate the player internally at the club, the board and Graham Potter. I can confirm again that they want Caicedo, but now it’s on Chelsea to decide how much they want to invest on the midfielder.

“Brighton will ask for really big money for Caicedo. The player will have new agents in a few days so it will be crucial to understand the future of the Ecuadorian midfielder.”

Brighton currently sit three places above Chelsea in the league and are two points better off with a game in hand. Chelsea have already flexed their financial muscles in this window though to sign the likes of Mykhailo Mudryk and Benoit Badiashile.

Last week Potter himself hinted at more signings as he told reporters: “There’s time (for more signings). Whether we’ll find the right players or not is another thing.

“You have to look in this window to make the right decisions, but it’s complicated. We’re happy with what we’ve done so far.

When asked about his struggles early on at Chelsea the boss added: “You have to understand that it’s part of the job. You only have to look at some of my colleagues in similar positions.

“Pep (Guardiola) was quite heavily criticised in his first season. (Mikel) Arteta had to endure a period of criticism. (Jurgen) Klopp in the first few years got some criticism. These guys are fantastic.

“Football is emotional. When you lose, you don’t think about it, you feel it. The suffering, you feel the pain, the discomfort. Sometimes it’s hard to understand the ‘why’. It’s easier to blame somebody. But it’s always very complex.

Potter has worked with Caicedo before at Brighton and he would add more tenacity to their current squad. Brighton are likely to demand a high fee for him, although Chelsea aren’t exactly short of cash.

READ NEXT: The 4 players set to leave Chelsea on a free this summer: Kante, Jorginho…