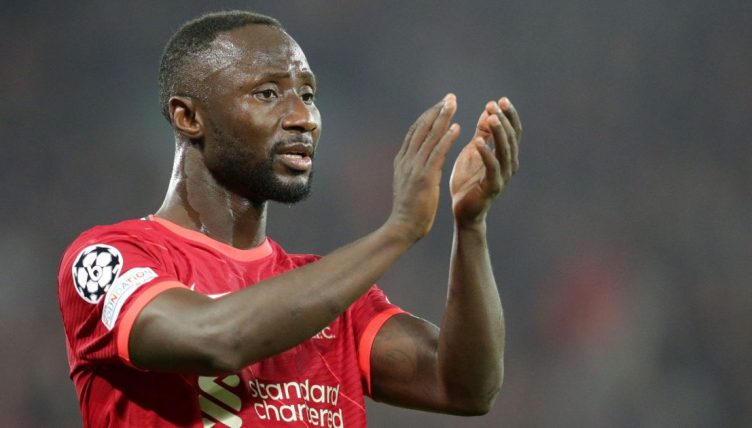 Liverpool utterly dominated Manchester United in the 4-0 derby win at Anfield on Tuesday night, but their midfielder Naby Keita could perhaps count himself a tad lucky not to be shown a red card after a stamp on Jesse Lingard late on.

By the time the foul occurred, a red card would have made little difference. Liverpool had scored twice in the first half, with Luis Diaz and Mohamed Salah finishing off eviscerating moves, and then added two more in the second period through Sadio Mane and that man Salah once more.

Even goalkeeper Alisson had time to get in on the act, pulling off a sly Cruyff turn while being pressured by Bruno Fernandes.

Still, Liverpool were perhaps fortunate to finish the game with the full 11 men still on the park.

As Keita and Lingard contested a loose ball with just three minutes of normal time to go, Keita came in over the top and planted his studs on the calf of Jesse Lingard, who reacted by writhing around on the ground.

It is perhaps one of those that looks worse in slow motion than it does in real-time, but it wasn’t a pretty challenge either way.

Referee Martin Atkinson had a quick think, put his hand in his pocket, and decided a yellow would suffice, however.

Had Keita been sent for an early bath, it would perhaps have been United’s best moment of a game that almost caused Gary Neville to combust on co-commentary duty with Sky.

In the first half, the former United right-back said: “This Man United team are a waste of space. There’s a long way to go in this game but that brings fear, not hope.”