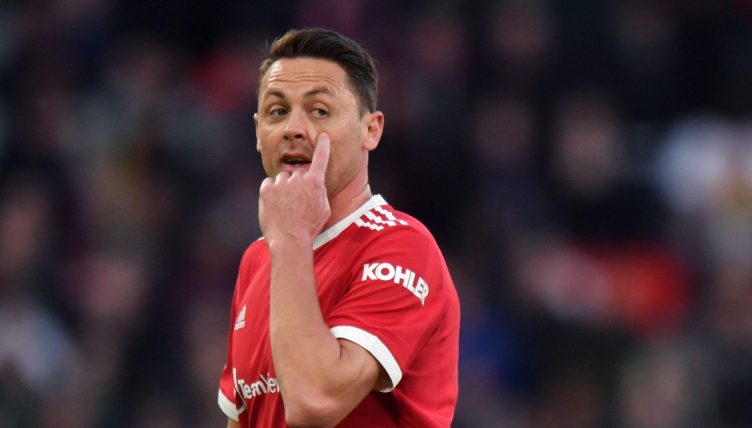 Arsenal beat Manchester United 3-1 at the Emirates in an eventful game to move back into a top-four spot, and effectively ended United’s hopes of Champions League qualification.

With Erik ten Hag set to become their next manager in the summer, United still find themselves in chaos, with a number of stars out of contract and squad morale at an all-time low.

Performances have been well below par all season, and United currently sit in sixth place despite pre-season expectations of a title challenge, and fans have been unhappy with the attitudes and performances of a lot of their main stars, especially Harry Maguire and Marcus Rashford.

33-year-old midfielder Nemanja Matic has been one of their more impressive players when called upon, but he was powerless to resist Arsenal as goals from Nuno Tavares, Bukayo Saka and Granit Xhaka handed Arsenal all three points.

Matic was substituted for Rashford in the 77th minute, and as he sat down on the bench he responded to some jeers from the Arsenal fans behind him.

“I have three titles, you guys have zero,” Matic stated, and gestured with his hands whilst the Arsenal fans mocked him.

Matic joined Manchester United in 2017, signing for £40million from Chelsea, and has made over 180 appearances in his five years at the club.

The Serbian’s taunts towards the Arsenal fans were reminiscent of his old boss Jose Mourinho, who also mentioned his three titles when criticised as Manchester United manager.

Mourinho once walked out of a press conference in August 2018 after being questioned about his tactics following a 3-0 defeat to Tottenham, and came up with a similar line to Matic.

“Just to finish, do you know what was the result? 3-0, 3-0. Do you know what this means? 3-0, but also means three Premierships and I won more alone than the other 19 managers together,” Mourinho angrily stated.