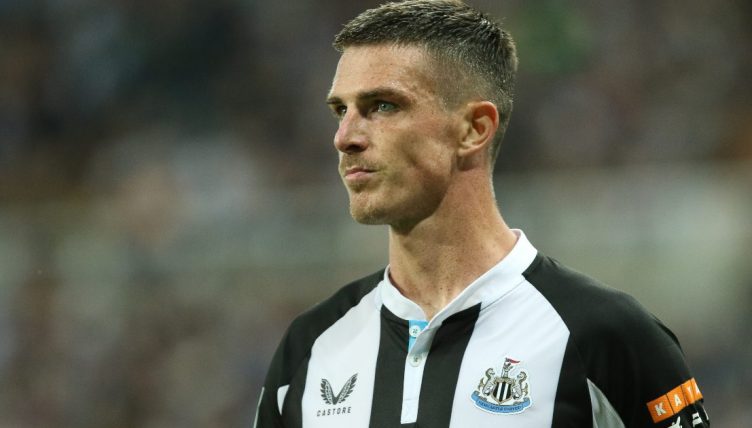 Newcastle’s tour to Saudi Arabia was supposed to be for team-building and fitness before a tough relegation battle – but it ended in farce as centre-back Ciaran Clark was sent off after appearing to strike an opponent during a supposed friendly game.

In October, the nation’s Public Investment Fund purchased an 80% share in the club, so it was inevitable the team would travel to the country at some point.

Still, the trip came in for criticism, owing to the Saudi regime’s human rights record.

Clive Efford, an MP who sits on the Digital, Culture, Media & Sport select committee, said last week: “With Newcastle effectively being state-owned by the Saudis, these issues will constantly bedevil football. That’s the mistake of allowing these owners into the Premier League.”

Manager Eddie Howe welcomed the tour, however, insisting before Newcastle’s departure that it was an opportunity for team-building rather than PR.

“It is a football decision [to go there],” said Howe. “We are doing it for the benefit of the players, the group and our fight to stay in the division. The facilities and everything around the trip will be first class. We will train hard and work hard, that’s my only focus.

“There will be no distraction from my side, it is about the training and making sure the players are focused on the next game, we are just doing it in a different environment while trying to bring the group closer together.”

But during the end-of-tour match against Al-Ittihad, defender Ciaran Clark was sent off after appearing to hit an opponent, which we imagine will not have gone down well with Howe or Newcastle’s hosts.

Irish international Clark got himself in a tangle with Moroccan player Abderrazak Hamdallah during the second half of the game at the King Abdullah Sports City stadium and, after the pair were seen rolling on the floor, 32-year-old Clark appeared to strike Hamdallah with his right hand.

Though the game was being played behind closed doors, the British Ambassador to Saudi Arabia Neil Crompton was in attendance.

It is another blot on Clark’s copybook after a red card against Norwich in November.

Clark and Hamdalllah did appear to have put the incident behind them after full-time, however, posing for photos together and swapping shirts.

Howe claimed the trip had served its purpose despite the scuffle: “Spirit in camp is high. Collective confidence is that we can achieve our aims.

“It has been really good. We have enjoyed ourselves and the sun has shone and the weather has been good. The players were lifted by that sunshine. We have done some activities as well trying to unite the club.”

Clearly no hard feelings between Ciaran Clark & Abderazak Hamdallah (Al-Ittihad striker) after the game, not that Eddie Howe will be impressed…#NUFC #Ittihad pic.twitter.com/H8YndX3VUx