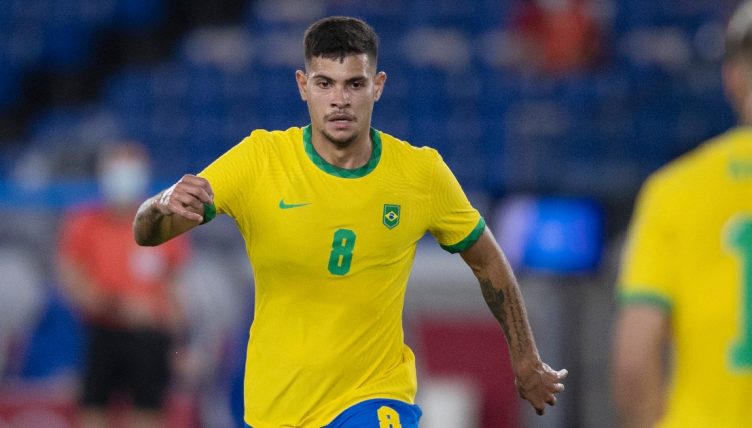 Newcastle United’s Bruno Guimaraes offered a reminder of why the Geordie faithful are right to be excited about their new marquee signing in Brazil’s 4-0 mauling of Paraguay.

The 24-year-old midfielder was introduced in the 73rd minute, replacing Aston Villa playmaker Philippe Coutinho – who had scored the Selecao’s second with a superb long-range effort – and it didn’t take him long to make his mark on the game.

Earning his fourth international cap with a 20-minute cameo, Guimaraes was played into a dangerous area in the closing stages of the match.

Brazil had just gone three goals up and the game was long since won, so Newcastle’s new man would have been well within his rights to shoot at goal in a bid to notch his first international goal. Instead, he unselfishly squared it across the six-yard box to fellow substitute Rodrygo, who sorted his feet out for a simple finish.

There was a brief moment of uncertainty, with questions over whether Guimaraes had just strayed into an offside position before his one-touch assist, but replays showed that he timed his run perfectly to stay behind the last Paraguay defender.

Meanwhile, back in France, Lyon manager Peter Bosz has given his thoughts about losing one of his key midfielders to Newcastle.

“I understand the club, it’s a lot of money. But I’m the coach, and I loved this player,” he told Foot National. “So much money. It’s really a lot. I understand the player too.

“We can say that he goes to Newcastle, who play at the bottom of the table. But we all know that in two, three, or four years, they will become a very big club. And he will be part of the history of Newcastle.

“As a coach, he was very important on the pitch but also in the dressing room. He was a winner and a good guy.”

After returning from international duty, Bruno could make his Magpies debut for their Premier League clash at home to Frank Lampard’s Everton.