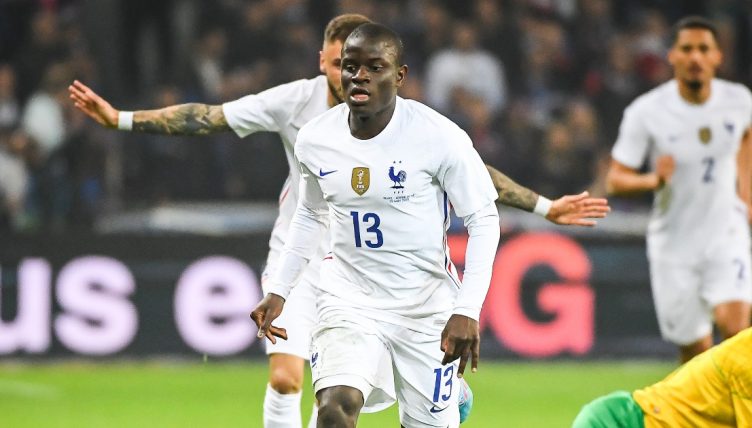 Chelsea midfielder N’Golo Kante looked as awkward as we all do when he was on the receiving end of being sung ‘happy birthday’ as his France team-mates surprised him with a cake.

Kante is arguably one of the universally loved footballers currently playing – in large part thanks to his humble personality and dedicated, industrious playing style. And he’s evidently just as popular with his team-mates as he is with the fans.

On the subject of birthdays, a former team-mate of Kante’s received told a heartwarming story that cuts to the core of what a brilliant person he is.

“I called [N’Golo] Kante for my birthday, it was a small party,” Felipe Saad told Brazilian outlet Uol Sport. “Suddenly, he arrived at the restaurant with a box of chocolates, all ashamed.

“He apologised for the gift and said he didn’t know what to get because he had never been invited to a birthday party before.”

However, Kante himself has downplayed suggestions that he’s an especially great guy.

“It is true that sometimes, there is this image that is a bit too wonderful and a bit too beautiful,” he told reporters in a press conference on Sunday.

“But in the end, I am just a normal guy. A player amongst others. There is no need to say I am the kindest, or the nicest. I am just a player like the others. I think that sometimes, it is overblown. It does not need to be.”

His 31st birthday was capped off in style, having featured in midfield as France beat South Africa 5-0 in a friendly at the Stade Pierre-Mauroy in Lille.