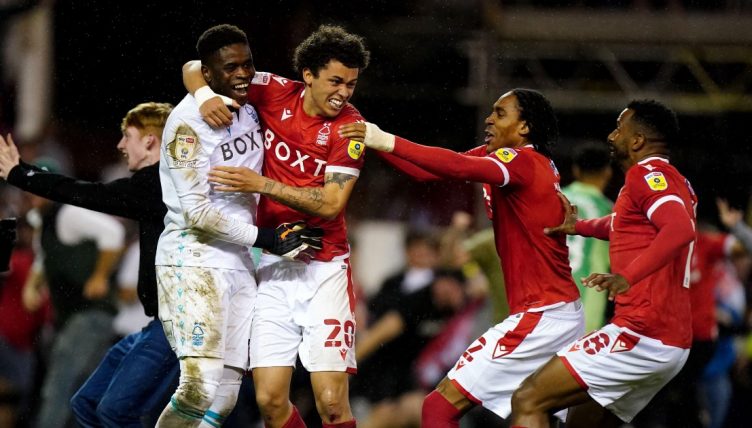 Forest lost on the day 2-1 to the Yorkshire side, but the two teams were level 3-3 on aggregate after extra time. That led to a shootout, from which Forest emerged victorious.

Goalkeeper Brice Samba, who made a crucial save in extra time, saved Sheffield United’s fifth penalty taken by Morgan Gibbs-White which saw Forest win the shootout 3-2 without having to take their final effort.

Forest will now face Huddersfield Town in the Championship play-off final at Wembley for a spot in the Premier League.

It is an extraordinary turnaround from Forest, who were bottom of the table when former manager Chris Hughton was sacked. Steve Cooper took over and led them on a historic run, which saw them finish fourth in the league.

They are now on the verge of an incredible promotion to the Premier League, having not returned since relegation in the 1998-99 season when they finished 20th.

“It is not easy because I am asking for us to play a brave, positional game which is about trying to be creative and exciting,” Cooper said of his Forest team recently.

“Those are things that are hard things to do in the game. Sometimes we get it right, other times we don’t. That’s football.

“We have a can-do mentality. When you do that you give yourself the best chance. That is all it is.

“We just try to embrace the situation that we are in, playing for this huge, iconic football club and doing the best we can.

“I believe in that a lot. I have been coaching professionally for 20 years now and most of that has been in youth development where you are drumming that into young players that they need to take the ball in difficult positions when they are under pressure.

“You want them to be free, to be creative, to express themselves, to play with teammates, all these sorts of things. That is my belief.

“All we are really trying to do now is to do it at a more senior level. It is a bit different, of course, but those principles remain.”

BRICE SAMBA IS THE HERO AND NOTTINGHAM FOREST ARE GOING TO WEMBLEY!! 🙌