Watch: Fabrizio Romano has huge updates on Dembele and Raphinha 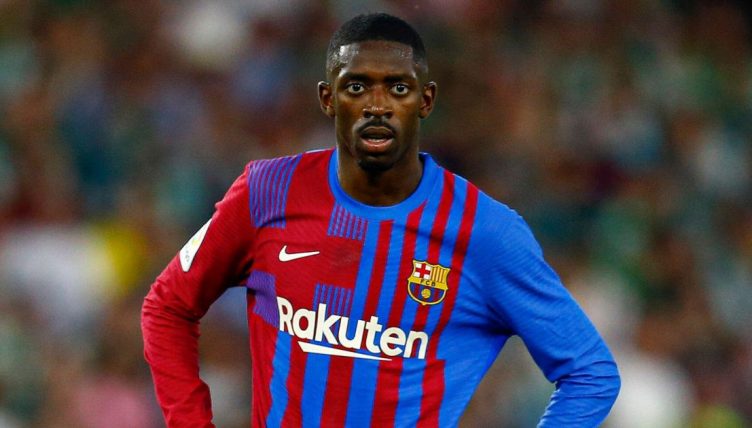 Barcelona‘s will-they-won’t-they dealings are the hot topic of this summer’s transfer window and reporter Fabrizio Romano has a significant update on the club’s negotiations over a new contract with Ousmane Dembele and a deal with Leeds to take Raphinha to Camp Nou.

This summer is a hugely difficult one for Barcelona, with the club trying to add strength and depth to head coach Xavi’s first-team squad while juggling the demands placed on them by their still-dire financial situation.

A number of sales and incoming transfers have been mooted – most significantly the sale of Frenkie de Jong to Manchester United and the signing of Robert Lewandowski from Bayern Munich – but each move seems beset by hitches and setbacks.

According to Romano, though, there has been significant recent progress with regards to two of Barcelona’s potential deals – the signing of Brazil international Raphinha from Leeds and a new contract for French winger Ousmane Dembele.

Speaking on his YouTube channel, transfer specialist Romano first addressed the new deal for Dembele, who was initially signed by Barcelona from Borussia Dortmund for £126million in 2017 and whose contract has recently expired.

“The agreement between Ousmane Dembele and Barcelona [over a new contract] is almost in place,” Romano said.

“It’s just a matter of final details, but Ousmane Dembele has now reached an agreement with Barcelona on the terms of his new contract with Barca.

“Let me say, finally, after very long negotiations, since many, many months, now everything is in place between Dembele and Barca.

“But, as of tonight, it is not yet a done deal. Why? Because now, after many months with Barca pushing to have Dembele sign a new contract, now it’s Barcelona waiting to decide what they want to do with Ousmane Dembele.

“Xavi loves the player, but Mateu Alemany now needs to decide he wants to approve and give the green light to Ousmane Dembele’s new contract or to jump on other opportunities on the market.”

Romano went on to directly address one of those opportunities, saying: “Barcelona will try to understand if they can sing both Raphinha and re-sign Dembele with a new contract or not. The check is also on the financial situation to understand what they can do with Dembele and Raphinha…

“With Raphinha, guys, the update is that Barcelona, in the last 24 hours, have approached Leeds again and have made a new verbal – verbal, and not official yet – proposal, improving their last bid.

“The last one was €50million plus €10million in add-ons, the new one is close to €60million guaranteed.

“This is what Barcelona are prepared to offer but [it has] still not [been] finally accepted by Leeds because they want the same proposal they received from Chelsea, £60million and not Euros. It is a big difference.”

Romano went on to reiterate that Raphinha’s preference is to move to Barcelona. But we will have to wait and see what Leeds and Barcelona decide between them.