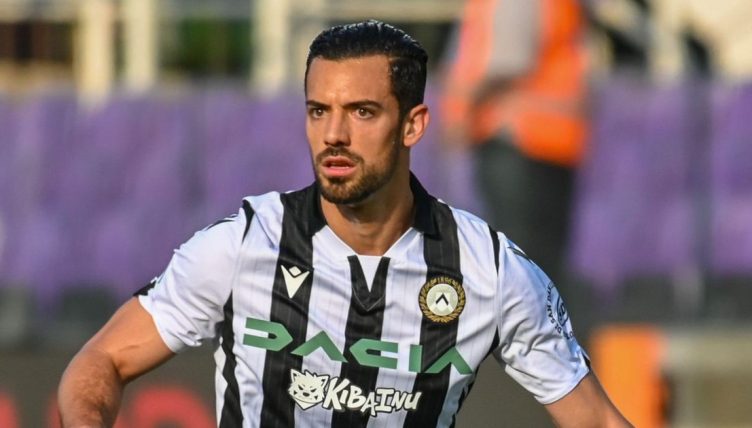 Arsenal loanee Pablo Mari further endeared himself to Udinese supporters on Wednesday afternoon, opening the scoring in their game away to Fiorentina with a cracking strike from a tight angle.

Udinese were playing at Fiorentina’s Stadio Artemio Franchi but they ran out comfortable winners, adding three more after Mari’s opener to make it 4-0 by the end of the game.

Mari’s strike was the pick of the bunch, however.

After going up to take a throw-in, the centre-back stayed in an attacking position. When the ball came back to him, he attempted a cross that was deflected straight back into his path.

At that point, he decided to take matters into his own hands, sending one defender the wrong way before advancing into the penalty area and unleashing a wicked shot from a very tight angle.

The ‘keeper would perhaps have been a touch disappointed, but such was the ferocity of the strike, we’ll give the credit to Mari rather than blame the goalie for this one.

The clash with Fiorentina was Mari’s 12th game since joining Udinese on loan from Arsenal in January and it seems he is nearing a permanent transfer.

He had fallen down the pecking order in Mikel Arteta’s squad, with Gabriel Magalhaes, Ben White and Rob Holding all ahead of him, but has impressed in Italy.

Arsenal are reportedly keen to get the deal over the line as there are performance-related add-ons in the deal that saw him sign from Flamengo in 2020.

A permanent sale would mean they avoid having to fork out any more for a player who struggled at the beginning of this season, with poor displays against Brentford and Chelsea.

Speaking to Gazetta dello Sport in April, Mari said: “I would like to stay in Italy. I’m very well at Udinese and I’d be happy to take the club even higher in the standings. Of course, I still have a two-year contract with Arsenal.”