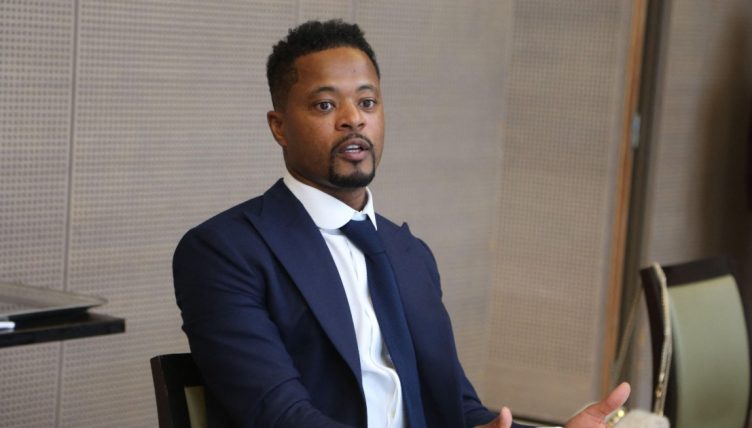 Speaking to Stretford Paddock after a match between United and Liverpool legends at Old Trafford, Evra was asked about Pogba’s return to United.

“People have to be honest, Paul Pogba has better statistics at Manchester United than when he was playing for Juventus,” he said.

“The problem is he had that price tag when he arrived and was coming back with £90million ex-player, they always destroy him on TV. Sometimes he deserves it because he has to be more consistent.”

Pogba is almost certain to leave Old Trafford on a free at the end of his current contract, which will be the second time he has left United on a free after he departed as a youngster for Juventus in 2012.

The midfielder has been out injured in recent weeks but was booed by United fans in his last Old Trafford appearance after coming off the pitch in their 3-2 win over Norwich City.

“United have never booed any players, but they boo Paul,” the former United left-back said.

“I think it’s a really sad story because he’s always been the scapegoat. He’s had some great performances, but not been consistent.

“The fans forget really quickly, but you can check the stats. He played much better for United than at Juventus.

“It was more about what they were saying outside, they were talking more about his haircut, his social media and all of that. But Paul, he was focused on the pitch.

“Paul get[s] every time criticised. Even when he’s not playing, they’re going to talk about his haircut and stuff.”

Pogba is heavily rumoured to be returning to Juventus, with PSG and Real Madrid also linked to the mercurial midfielder.