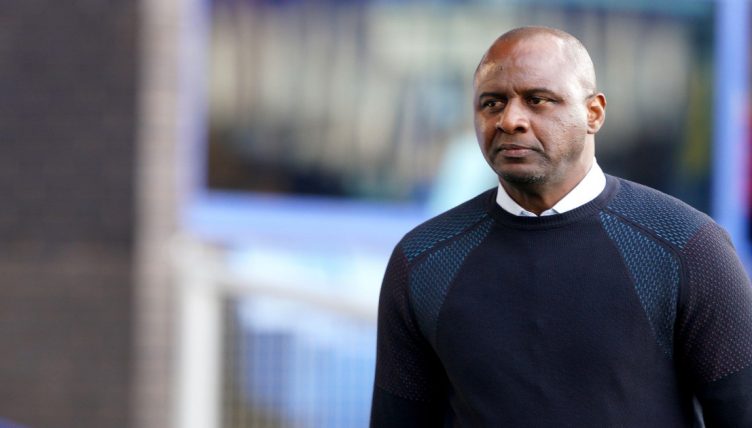 Patrick Vieira appeared to kick out at an Everton fan during the pitch invasion after the Toffees ensured Premier League survival through a 3-2 victory over Vieira’s Crystal Palace.

Palace had taken a 2-0 lead in the first half, but goals from Michael Keane, Richarlison and Domini Calvert-Lewin completed a stunning comeback at Goodison.

Thanks to Burnley only drawing with Aston Villa, the three points were enough to ensure that Everton will not be relegated from the Premier League after a terrible season.

The victory sparked a pitch invasion that saw fans flood onto the pitch. In the video of the invasion, one fan seems to go up to Vieria and taunt him until the Frenchman snaps and kicks his assailant to the ground.

Palace’s manager is then pushed by a few other fans as he walks off the pitch.

For Vieira’s opposite number, however, it was a night of elation.

“It is one of the greatest moments of my footballing life and career,” Lampard said after the match.

“I have been very fortunate to have amazing times, especially at Chelsea as a player and a coach. But when you feel the feelings and desperation of what relegation brings to the table, it is different.

Lampard had received some criticism for his job as Everton boss, unable as he was to steer them out of the relegation fight at an earlier juncture. But with victory over Palace, he ensured the side did not need to travel to Arsenal needing a result to stay up on the final day.

“You know what, come and work at this club for a few months and see the difficulties and what it means to people to stay in this league,” Lampard said.

“It is a special night in Everton’s history.”