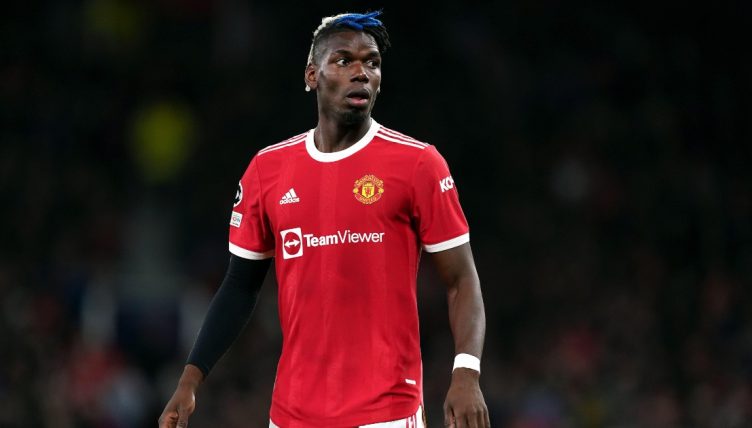 Paul Pogba wagged his finger and said ‘no’ after a fan asked him to sign a Manchester United shirt as he arrived in Turin to complete his move to Juventus.

The midfielder arrived in Italy for a medical as he finalises a return to Juventus after leaving Old Trafford as a free agent for a second time.

The 29-year-old was mobbed by fans as he arrived at Juventus HQ to undergo his medical on Saturday and, while Pogba signed autographs for fans, he cheekily refused to sign a Manchester United shirt.

Given how Pogba was criticised during his second spell in England, we cannot say we’re surprised that the midfielder wasn’t keen on signing a United jersey soon after leaving.

Pogba departed Juventus in 2016 for Manchester United in a deal that was worth £89million but he failed to deliver on his price tag and returns to Serie A with something to prove.

And, after stepping out of the car, the World Cup winner took the adulation in before carrying out his medical tests.

Greeting the fans with both arms aloft, Pogba appeared far removed from the man who was booed off in a number of games for Manchester United during their disappointing 2021-22 season.

Pogba is expected to sign a four-year deal at the Allianz Stadium and enjoyed a trophy-laden first spell with the Serie A giants between 2012 and 2016.

The France international won the Scudetto in each of his four seasons and helped the club reach the 2015 Champions League final, while registering 34 goals in 178 appearances across all competitions.

The ex-United midfielder is set to be joined at Juve by another former Manchester United player in Angel Di Maria, who underwent a medical on Friday after leaving Paris Saint-Germain last season.

‘Self-important tripe’: 10 of the most brutal reviews of Paul Pogba’s doc