Watch: Paul Pogba gestures to Man Utd fans after being told to ‘f*ck off’ 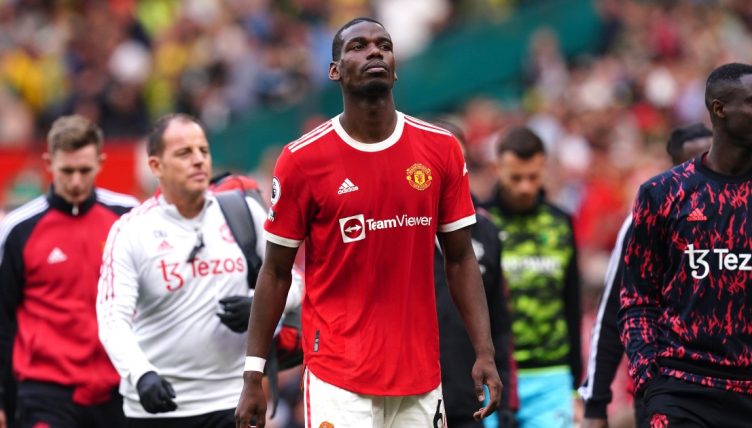 Paul Pogba received a hostile reception from the Manchester United fans during their 3-2 win over Norwich City at Old Trafford.

After thousands of United fans held a protest against the Glazer family, Cristiano Ronaldo improved the mood around Old Trafford by scoring twice inside the opening 32 minutes.

But Kieran Dowell pulled a goal back for Norwich on the stroke of halftime and Teemu Pukki netted the equaliser in the 52nd minute.

Ralf Rangnick’s decision to replace Pogba with Juan Mata was greeted with cheers from supporters. The France international was then booed off the pitch and an audible chant of “fuck off Pogba” came from the home stands.

After the full-time whistle, Pogba walked back towards the dressing room and responded to the fans by cupping his hand to his ear, which in turn increased the volume of the jeers.

“I didn’t hear it myself to be honest, we were talking about it with my staff in the locker room,” Rangnick said after the game when asked about the response from the fans towards Pogba.

“I think the fans here are amazing, I really do. The support in the stadium today was great, it could not have been any better.

“I can understand if the fans are frustrated and disappointed, so are we. I don’t think it makes sense to take on and to target any individual person or player. It’s a collective responsibility.

“Even if you look into the past, for me it doesn’t make sense and this is why I will always defend and protect my players.”

Pogba, who joined United in a club-record £89million deal in 2016, looks set to leave the club when his contract expires at the end of the season.

Paul Pogba cups his ears to the United fans, who boo in response 😬 pic.twitter.com/jE4DHJAjSa

Paul Pogba's reaction when he was booed by his own fans 😕 pic.twitter.com/FlFymoEpF6