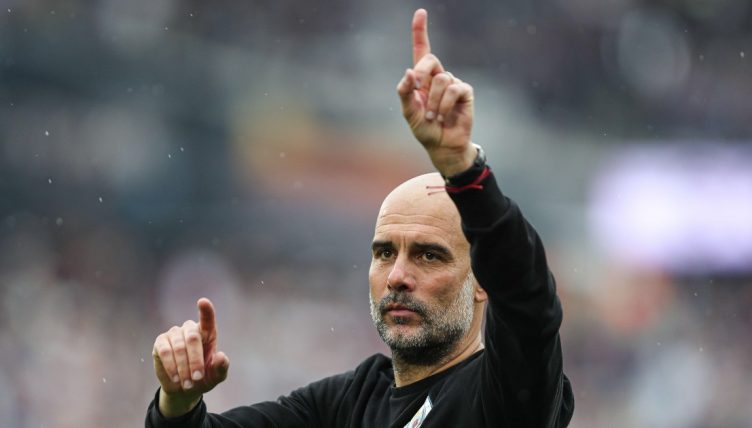 It completed an incredible turnaround win as City had gone 2-0 down to Aston Villa following goals from Matty Cash and Philippe Coutinho.

A loss at the Etihad would have handed the Premier League title to Liverpool, who defeated Wolves 3-1 at Anfield.

But Guardiola’s substitutes, Oleksandr Zinchenko, Raheem Sterling and most importantly Gundogan, turned the game on its head. Gundogan scored the first goal with a header at the back post before Rodri drew the game level with an incredible strike.

Then, with the game entering the last 10 minutes, Gundogan struck again at the back post to give City the win and their sixth Premier League title, their fourth in five seasons. They were only prevented from five in a row due to Liverpool’s first Premier League triumph in 2018-19.

Gundogan’s second goal triggered wild celebrations from Guardiola, who leapt in the air and threw his hands about.

“When I arrived, the people here said the Premier League is so difficult, it is the toughest one,” Guardiola said before the game.

“Everyone wins, different ones [teams], just Sir Alex Ferguson with United was able to win three or four championships, four in five years. So when this happened, you realise the magnitude of this United in this period that was able to do it many, many times.

“We are close to do it or be part of that, and we have to try to take it. What it means – I would say how good it is. Being in this position, close, we are going to try to do it. We are here as a consequence of what happened in the past [too] – a lot of work went on in the first season when we didn’t win.”