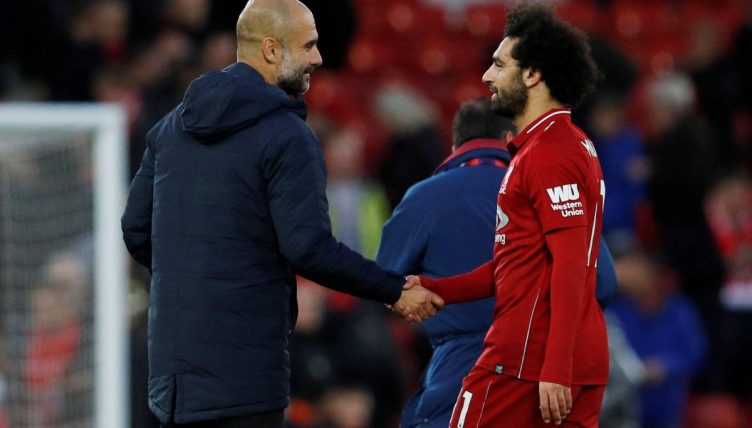 Salah became only the ninth player in history to win the award twice, claiming the 2021-2022 prize for his incredible campaign that has helped spearhead Liverpool’s challenge for the Premier League against Guardiola’s Manchester City.

But when asked about Salah claiming the award, Guardiola what appeared to be a passive-aggressive and sarcastic response.

“Congratulations to Salah,” Guardiola said in his press conference ahead of City’s Premier League match with Leeds.

“Jurgen said, they have the best keeper, the second-best second keeper in the world, the best central defender, the best holding midfielder, the best striker, so it’s normal they win all the awards.”

It was clear in the tone of his voice those comments were not entirely surface level and, when asked if he felt Kevin de Bruyne should have won the award ahead of Salah, Guardiola’s response was brief.

“He’s won it before,” the Spaniard said.

He also commented on the news that Klopp had extended his contract with Liverpool until at least 2026.

“Congratulations to Jurgen and Liverpool,” he continued, this time sounding a fair bit more sincere.

“It’s really good for the Premier League. I wish them all the best.

“Everyone has their situation and if we decide to stay longer, it’s because I decide not because my colleague Jurgen extended.”

The news has brought further speculation about Guardiola’s own future, his contract coming to an end next summer.

“I could not be in a better place than where I am now, here,” he said.

“I have an incredible relationship with my Club, my Chairman, the CEO. I am incredibly happy.

“I cannot visualise a better place. But it isn’t just about me. We will take the decision we will take.”

🗣 "Jurgen said, they have the best keeper, the second-best second keeper in the world, the best central defender, the best holding midfielder, the best striker, so it's normal they win all the awards."