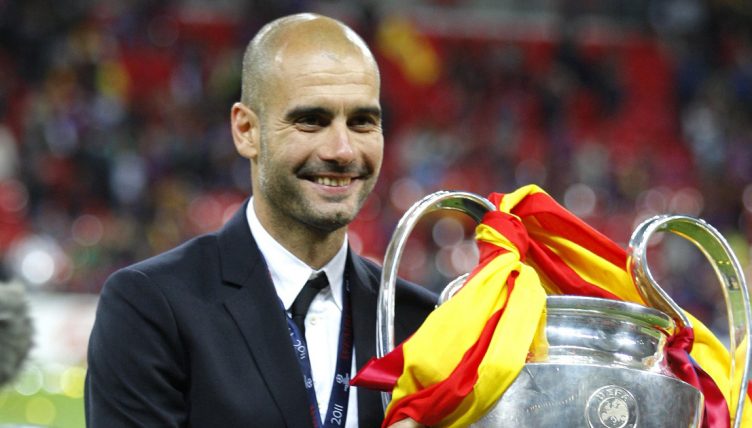 Ex-Manchester United stars Dimitar Berbatov and Patrice Evra recently criticised Manchester City manager Pep Guardiola after their Champions League exit at the hands of Real Madrid, but the Spaniard had a brutal response to the pair.

Guardiola beat Manchester final in two separate Champions League finals when in charge of Barcelona, in 2009 and 2011, with Evra playing in both finals and Berbatov making an appearance from the bench in 2009.

The pair were critical of Guardiola’s management after their late collapse against Real Madrid, with Berbatov stating that City lost because of their “small mindset and with no winning mentality.”

Evra meanwhile, was even harsher, explaining a conversation he had with Clarence Seedorf.

“I have a lot of respect for Guardiola but I’m glad I never had him as a coach, because he takes away your responsibilities, I was talking to Clarence [Seedorf], you have the impression that he is playing on the Playstation,” Evra recently told Amazon Prime video.

“He tells you everything you need to do. I remember that [Thierry] Henry, for example, when he was at Barcelona, ​​Guardiola told him to stay wide, but Henry came inside to do one-two with [Lionel] Messi, he scored and after the first half Guardiola put him on the bench, he took him out, just because he didn’t respect his directives.”

Guardiola had the perfect response for the pair, pointing to his Champions League wins over Manchester United, a 2-0 win in 2009 and a dominant 3-1 victory at Wembley in 2011 as an example of the killer mentality his City side were accused of lacking.

“A specialist former player, like Berbatov and Seedorf, Patrice Evra and these type of people, they weren’t there,” Guardiola told reporters.

“After the last four games, we scored 22 goals, we have incredible personality. I’m sorry but I completely disagree about this.”

Certainly a war of words to keep an eye on.

🗣 "I didn't see when I played against them this kind of personality when we destroyed them." 😅

Pep Guardiola responds to the comments from Dimitar Berbatov and Patrice Evra on him being unable to manage "big characters" pic.twitter.com/5JD8tixgH7