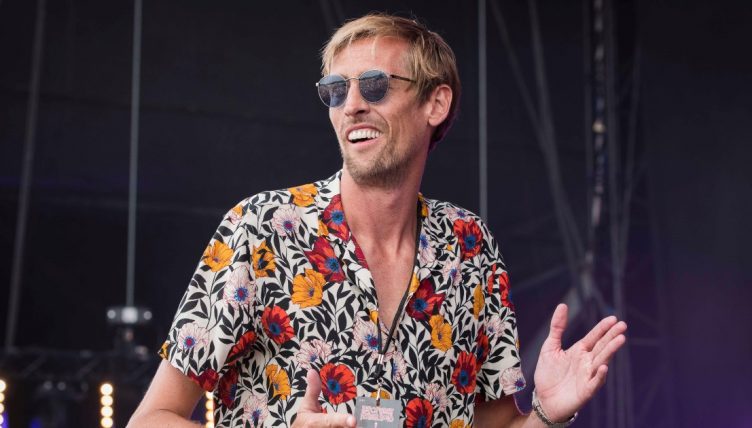 Former England, Liverpool and Tottenham footballer Peter Crouch was brought out on stage at the Isle of Wight festival by English rock band Kasabian.

The striker, clad in festival attire, walked out much to the delight of the estimated 90,000 festival-goers who had headed to the island that sits just off England’s south coast, near Portsmouth.

As the band began the build-up for their song ‘Fire’, Crouch came on to the stage where he jumped up and down dancing as the crowd sang along to the band’s most popular tune. The band were headlining day two of the festival, which also saw Scottish band the Proclaimers and Blossoms perform.

Since retiring, Crouch has garnered a huge level of popularity through his podcast, aptly named ‘That Peter Crouch Podcast’, which he hosts alongside radio host Chris Stark.

He has had numerous guests on the show, including Kasabian guitarist and songwriter Serge Pizzorno, and even hosted a special episode with Prince William.

Crouch made his first senior appearance in 2000 with Dulwich Hamlet, a club he is now a director at. His 19-year career saw him play at numerous clubs in England’s top-flight, and he was known for his incredible 6’7″ (2m) height.

Over the course of his career, he scored the most headed goals in Premier League history and is one of only 32 players to ever score more than 100 goals in the league, one of only six in history to do so whilst never taking a penalty. His total of 108 goals makes him the 28th highest goal scorer in the history of the English top-flight since the Premier League was formed in 1992.

He also had a remarkable record for England, scoring 22 times in 42 caps.

“I was on 99 for not that long. It was nice to get it out of the way. It’s a proud moment,” Crouch said after netting his 100th Prem goal whilst playing for Stoke.

“You look along that list and there are top players among it. I’m very proud and privileged to be among them.”

An ode to Peter Crouch at Liverpool: From ridicule to Anfield favourite