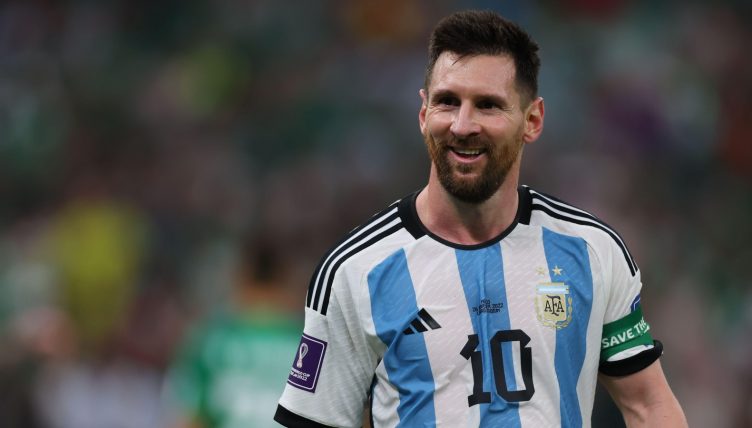 Argentina kept their World Cup dreams alive with a nervy 2-0 win over Mexico on Saturday night, with Lionel Messi breaking through all the tension with the opening goal – & Peter Drury captured the moment perfectly.

After suffering a humiliating 2-1 defeat at the hands of Saudi Arabia in their opening game of the World Cup, Argentina needed a victory over Mexico to keep their chances of progressing into the knockout stages of the competition alive.

But Mexico also needed a result to keep their campaign on track and the first 45 minutes at the Lusail Stadium, which will host the final on December 2018, were almost painful to watch.

With the game heading towards a goalless stalemate, which would have left Argentina needing snookers to get into the last 16, Messi popped up with a beautiful long-range effort that flew past Guillermo Ochoa in the Mexican goal.

The release of tension was palpable as thousands of Argentinians inside the stadium let out a cathartic roar while their talisman ran around in celebration.

Drury’s commentary was equally as goosebump-inducing; as the ball nestled into the goal he exclaimed: “Lionel Messi! Oh, that’s what they came for. The magic man. One more Messi moment and Argentina are alive.”

The camera then cut to a slow-motion shot of Argentina fans celebrating their captain’s opener, to which Drury added: “They give thanks that he is one of them.

Spine-tingling stuff. Argentina need a result against Poland to confirm their passage to the next round although, as we’ve seen at this World Cup, nothing can be taken for granted.

Except Messi’s brilliance and Drury rising the occasion with him.

"The magic man….One more Messi moments and Argentina are alive"