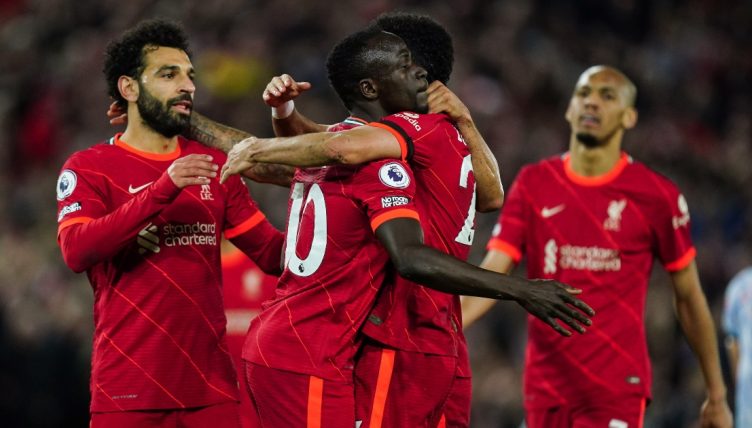 What could be better for Liverpool fans than reliving their 4-0 victory over Manchester United on Tuesday night? Relieving the goals soundtracked by the commentary of the peerless Peter Drury, that’s how.

Drury has established his reputation as arguably the most poetic commentator in football and he couldn’t hide his admiration as a rampant Liverpool moved to the top of the Premier League.

He greeted the opener, scored by Luis Diaz, with a cry of “so smooth, just so smooth” and his swooning only increased as Liverpool tore apart a sorry United.

Mohamed Salah’s first goal from open play since the victory over Norwich in February was marked with Drury proclaiming “players at their absolute zenith”, while Liverpool’s third and fourth goals received similar treatment.

Manager Jurgen Klopp even admitted he felt a bit sorry for Manchester United after the game, a sentiment that will surely sting for the club’s supporters.

When asked to reflect on his side backing up their 5-0 win at Old Trafford earlier this season with this latest hammering he offered these comments to the BBC.

“It doesn’t happen often, and I don’t think it will happen often. It is not a normal situation,” he said of the 9-0 aggregate scoreline.

“They are not in a good moment and on top have a lot of injuries. When Pogba left the pitch they played without their usual midfield. The pitch can become really big with a lot of offensive players on it.

“Centre midfield with (Nemanja) Matic and (Bruno) Fernandes is not how you want to play. Nothing against the players, it is just not their natural game. We had 70-75% of the ball and they have to defend and that is not easy. I feel a bit for them.”

That, along with Drury’s brilliant commentary, will help Liverpool supporters truly savour their victory.

All Liverpool goals tonight with Peter Drury commentary. A thread

“so smooth just so smooth ” pic.twitter.com/rZeHjipxlK

Salah first and our second

“players at their absolute zenith” 🐐 pic.twitter.com/RYll5hjrVt

Salah second and our 4th. This guy is the 🐐 of all commentators pic.twitter.com/FoI3JpZ179