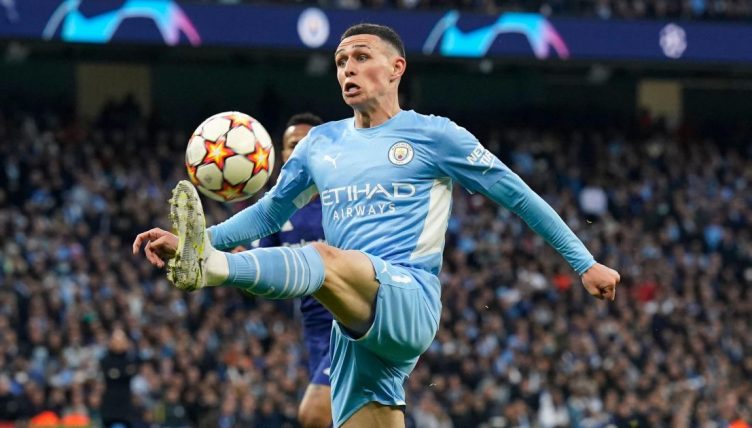 Phil Foden produced a wonderful first touch to light up the Champions League semi-final first leg between Manchester City and Real Madrid at the Etihad Stadium.

The England international showed exactly why he’s one of Pep Guardiola’s most trusted lieutenants, plucking the ball out of the Manchester night sky in the first half in Zinedine Zidane-like style.

After City raced into a quick-fire, two-goal lead over the Spanish giants courtesy of Kevin De Bruyne and Gabriel Jesus strikes, Foden’s control further emphasised how the current Premier League leaders were determined to make their mark on proceedings in the early stages.

The 21-year-old made a darting run behind Madrid’s defence and team-mate Oleksandr Zinchenko delivered the ball in his direction.

A long, raking pass from Zinchenko looked certain to be heading out of play for a goal-kick, but the midfielder had other ideas.

He stopped the ball dead and instantly delivered an inviting cross that travelled just beyond the reach of Jesus, who was waiting in the box.

“He [Foden] has everything to become one of the best players,” Guardiola said in July 2019.

“I have said many times in press conferences, but maybe not said it in front of him, Phil is the most, most, most talented player I have ever seen in my career as a manager.

“His only problem is sometimes his manager doesn’t put him in the starting XI. Hopefully in the future that can improve.”

Foden is now a consistent starter for his hometown club. He’s already racked up 12 goals and nine assists across all competitions this season and will be key to his team’s hopes of progression into the final of Europe’s most coveted competition.

Foden what a touch 😮‍💨 pic.twitter.com/qrDE1Jb9Lj

The eight stages of Phil Foden’s rise at Man City: ‘A gift on another level’