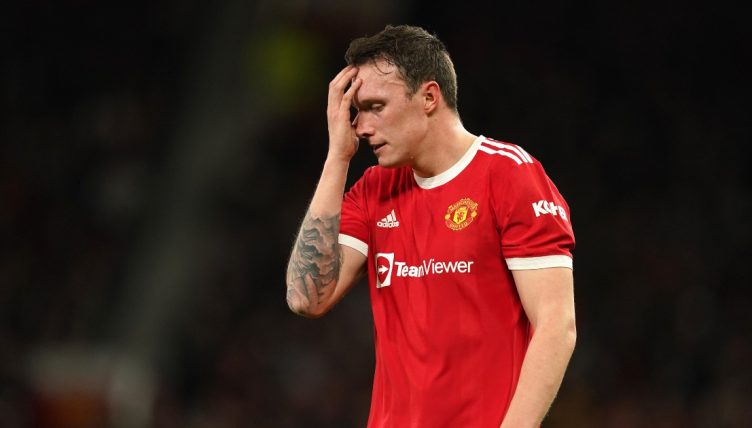 Manchester United may have lost their first match of 2022 but the return of Phil Jones after almost two years on the sidelines provided a heart-warming narrative for their supporters.

Jones had not appeared for the club since starting an FA Cup match against Tranmere Rovers on 26 January 2020 – 712 days before starting the Premier League game at home to Wolves.

And the 29-year-old gave an assured display in the heart of defence, despite Ralf Rangnick’s team falling to a 1-0 defeat.

Jones has suffered from a string of injuries and has seen his reputation torn to shreds in his absence. It feels a long time since Sir Alex Ferguson tipped the defender to become the best player in United’s history.

But the Old Trafford faithful recognised Jones’ good performance on Monday and gave him a rapturous send-off after the game.

Bowing his head and appearing to become emotional, it was evident how much the acclaim of the supporters meant to Jones and he has every chance of maintaining his place for the visit of Aston Villa in the FA Cup.

“For someone to come in from the cold like that, you have to tip your hat to someone like that,” former team-mate Rio Ferdinand said on Five, his official YouTube channel.

“They’re playing him maybe to put him in the shop window, first and foremost, but if he plays well enough the manager might change his mind. That can happen in football very quickly.

“I’m just pleased he got through the game unscathed, no injuries. He put in a decent performance after such a long time out, not easy to do. So you’ve got to tilt your hat to Phil Jones.”

A milestone that's been 712 days in the making.