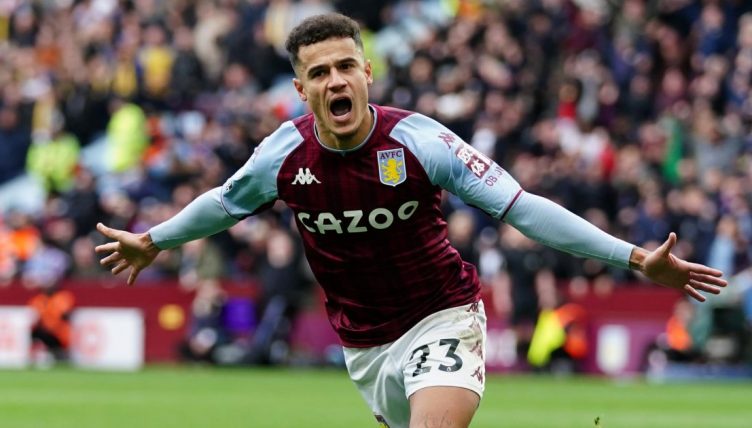 Aston Villa may have come up just short in their Premier League home game with Liverpool on Tuesday night, losing 2-1. But their ex-Red Philippe Coutinho got one over on his old team with a nutmeg that beautifully embarrassed their star defender Virgil van Dijk.

Coutinho has had a tough few years, with his mega-money transfer from Liverpool to Barcelona not delivering the desired results for the Brazilian or Barca.

Now back in the Premier League on loan at Steven Gerrard’s Villa, however, he has shown flashes of the skill that convinced the Catalan club to shell out £120million for him in 2018.

He was at it again on Tuesday night in front of the television cameras and up against his old club, who are, of course, chasing an unprecedented quadruple.

His victim? Well, it could be no other than Van Dijk, the man in whose services Liverpool invested their Coutinho windfall and in whom they found a leader to propel them to another level.

Early in the second half, with the scores still level at 1-1 following Douglas Luiz’s and Joel Matip’s early first-half goals, Coutinho received a fizzing pass from his compatriot and club-mate Douglas Luiz in the centre of the pitch.

Coutinho somehow made controlling that ball look easier than supping a chilled Cerveja in a Copacabana cafe. But the real moment of skill came next.

Van Dijk approached, legs invitingly asunder, and Coutinho smelled the opportunity to get one over on the man Michael Owen last week called the greatest defender in history.

The Brazilian slipped the ball between Van Dijk’s legs with graceful brutality, before running away with it on the other side. All Van Dijk could manage was to suppress the look of pure embarrassment upon his face as he pursued the Villa man.

“We want Philippe Coutinho here for sure,” Gerrard said when asked about the player’s long-term future after Villa’s weekend win over Burnley.

Of course he does – and so do we when Coutinho can still produce magical moments like this.