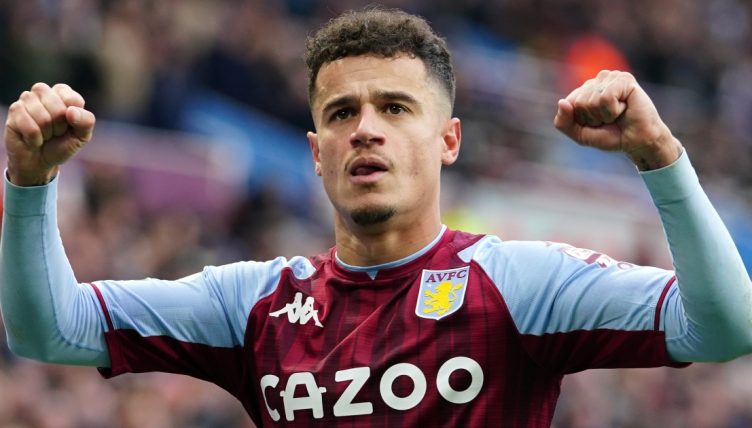 Aston Villa creator Philippe Coutinho was clearly determined to show off his skill against his old employer Liverpool in the Premier League game at Villa Park on Tuesday night and one of his finest moments of the game came as he artfully flicked the ball over the head of Trent Alexander-Arnold.

The opener came from a close-range Douglas Luiz shot, but it was cancelled out minutes later by a similarly point-blank effort from Joel Matip.

In the second half, the visitors went in search of a winner and found one, brilliant January signing Luis Diaz crossing onto the head of Sadio Mane, who made no mistake from eight yards.

But Villa put in a strong display and their main creative outlet Coutinho was in the mood for mischief. In the second half, he was seen magnificently nutmegging Virgil van Dijk, but even before the break, he had pulled off a different but equally impressive move on Trent Alexander-Arnold.

Receiving the ball blocked in by the touchline and two Liverpool players, it looked as if Coutinho had nowhere to go. But with a piece of magic, he escaped.

He flicked the ball up and back, over his own head and that of Alexander-Arnold, who was directly behind him, before rounding the Liverpool man and darting towards the box.

He played a quick one-two before unleashing a curling effort in the direction of his compatriot Alisson and the Liverpool goal. Unfortunately for lovers of Aston Villa and admirers of beautiful football, it did not go in. But it was a reminder of just how special Coutinho can be at his best.

After a very tough spell at Barcelona, he has shown flashes of his old brilliance at Villa Park under the tutelage of his old team-mate and now manager Steven Gerrard. We’re certainly hoping his renaissance continues.

The Premier League table since Luis Diaz made his Liverpool debut