Pickford’s hilarious encouragement to Rashford: ‘Go on you d*ckhead’? 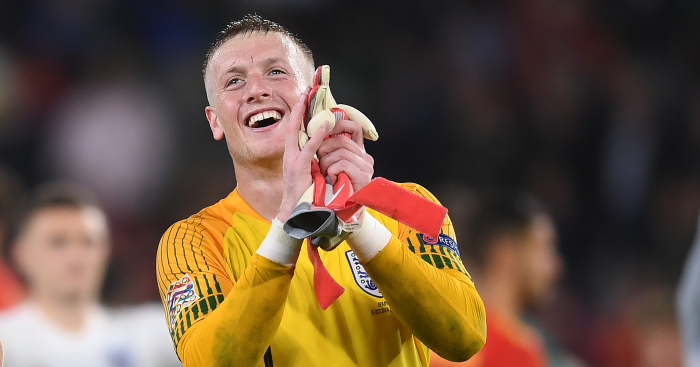 We’re not quite sure whether Jordan Pickford really did shout “go on you d*ckhead” at Marcus Rashford in England’s 3-2 victory over Spain – but now we’ve heard it, we can’t unhear it.

Both Pickford and Rashford had eventful evenings as England pulled off a famous victory in Spain, in one of those results which you really can’t help but get giddy about.

Manchester United forward Rashford provided the assist for Raheem Sterling’s opener with a brilliant pass before adding a second with a composed finish.

Pickford, meanwhile, caught the eye with some brilliant distribution in the first half which led to England’s opening two goals.

The Everton goalkeeper had a more difficult second half and was lucky to escape punishment after being caught in possession in his own box after a botched Cruyff turn.

We can’t help but love everything about Pickford, especially after one Twitter user unearthed this clip of the 24-year-old appearing to shout “get there Marcus, go on you d*ckhead” at his team-mate.