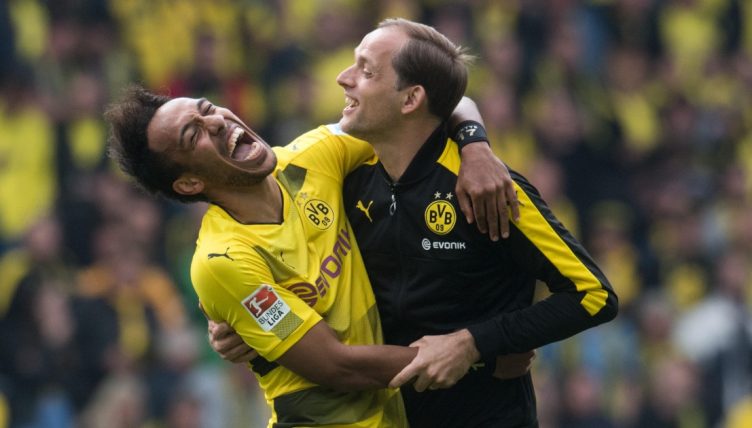 Chelsea have been linked with a host of strikers this summer and they’re now considering a move for Barcelona’s Pierre-Emerick Aubameyang, according to transfer guru Fabrizio Romano.

The Blues spent £97.5million on Romelu Lukaku last summer, but he failed to live up to expectations and has since returned to Inter Milan on a season-long loan deal.

They were linked with Robert Lewandowski, Gabriel Jesus and Rcharlison earlier this summer but those deals failed to materialise.

Thomas Tuchel’s side have seemingly turned their attention to Aubameyang, who previously worked with the manager at Borussia Dortmund and scored 79 goals under him.

The Gabon international spent four years in the Premier League with Arsenal but has been playing for Barcelona in the last six months.

“I can confirm that there is a strong interest on Chelsea’s side for Pierre-Emerick Aubameyang,” Romano said. “He’s a player appreciated by Thomas Tuchel, he knows him since Dortmund times.

“Todd Boehly and Chelsea have been exploring the potential details of this deal so it’s not yet a negotiation with Barcelona or a proposal to Aubameyang. But they are exploring this possibility so they are considering Aubameyang as one of the options for the attacking position.”

But a potential move to Chelsea for Aubameyang could be dependent on Memphis Depay’s future at Barcelona.

“My feeling, talking to my sources, is that it’s going to be really difficult to see Barcelona sell both Depay and Aubameyang,” Romano added.

“[It will be] only one of them at the moment so keep an eye on what happens with Depay, who is negotiating a termination of the contract but he will only accept if he will find a new top club.”

While it remains to be seen if Aubameyang will swap Camp Nou for Stamford Bridge this summer, one player looks set to move in the opposite direction.

Chelsea left-back Marcos Alonso has fallen further down the pecking order following the arrival of Marc Cucurella and has been attracting interest from Barcelona.

“Marcos Alonso has an agreement on personal terms with Barcelona since May because he wants to leave Chelsea this summer due to personal reasons,” Romano said. “He wants to go back to Spain for family reasons.

“I’m told that a deal is really advanced, it’s progressing very well to the end so Barcelona are getting closer and closer to signing Marcos Alonso. Also, during the night, new contacts [between the clubs].”

Everything you need to know about new Chelsea signing Carney Chukwuemeka