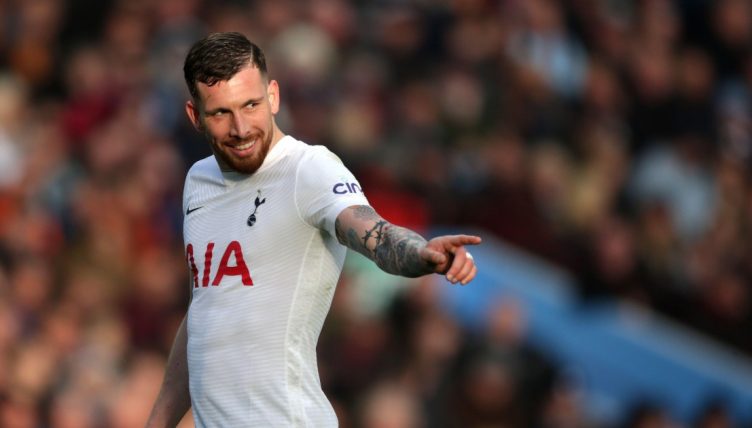 Pierre-Emile Hojbjerg had a hilarious reaction to Son Heung-min’s wonder goal for Spurs against Leicester in the Premier League, with Tottenham’s victory helping them continue their push for Champions League football next season.

Spurs won 3-1, with Son assisting one and scoring twice as he climbed to 19 Premier League goals for the season.

Hojbjerg couldn’t believe his eyes at Son’s stunning strike for Spurs’ third goal as the 29-year-old curled the ball with his weaker left foot into the top corner from way out of the box.

The Denmark international put his hands to his head in utter disbelief as the rest of his team-mates ran off to celebrate with Son.

Hojbjerg, who joined Tottenham from Southampton in 2020, is currently one of the first names on Antonio Conte’s team sheet and recently admitted that he loves working under the Italian.

“The demand for perfection in training caught my eye straight away,” the midfielder said in an interview with the Daily Mail.

“It can be the difference between winning or not, achieving your goals, being a champion.

“It excited me because you start to look up. He is demanding of us as sportsmen but also gives you responsibility. You are allowed to prepare the best way you see it.

“At the beginning, there was a lot of information to take on board and we played a bit stiff, not expressing ourselves.

“Over time, we have become a bit more flexible. We beat Man City when you need to be in a strong shape, but also had this little touch of freedom, the X-factor.”