Watch: Fabrizio Romano has massive update on Raphinha to Barcelona 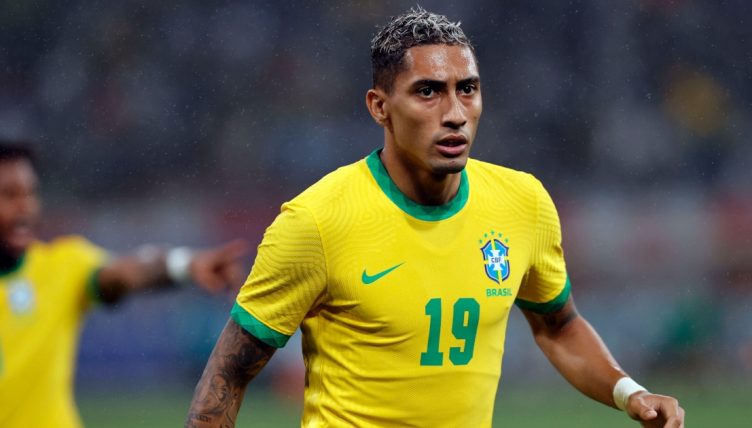 Leeds United and Brazil forward Raphinha has been one of the most sought after players of the summer transfer window and now, according to Fabrizio Romano, he is on the verge of joining Barcelona.

Raphinha, who joined Leeds from Rennes in 2020, has established himself as one of the best wingers in the Premier League over the last two seasons and has also become a firm fixture in the Brazil squad

His performances at Elland Road have attracted interest from Chelsea and Arsenal, who have both submitted bids for him this summer.

Chelsea were able to agree to a £55 million deal with Leeds but they have yet to reach an agreement with the Brazil international, whereas Barcelona have been able to agree personal terms with Raphinha but they are yet to meet Leeds’ valuation.

But, in the latest update on his YouTube channel, Romano confirmed that the 25-year-old will move to Spain as Barcelona have verbally agreed a fee with Leeds.

“Last night, Barcelona improved their verbal proposal to Leeds to a fee of €68million plus commissions, meaning the total fee will be around €72million,” Romano said.

“This is the verbal proposal from Barcelona and Leeds are prepared to accept this bid once it becomes an official proposal. This could happen in a matter of minutes, hours or days.”

Despite heavy interest from Premier League clubs, Raphinha has made it known that Barcelona was his first choice destination this summer.

“We have spoken with Leeds,” Barcelona president Joan Laporta recently told Sport. “I don’t think it will offend them [to say so] because we have spoken personally [with Raphinha] and we are in communication, but there are also other clubs that want Raphinha and have made their offers.”

“We know that the player would like to come to Barcelona.”

And now it appears that the move is imminent.

You can watch the video below.