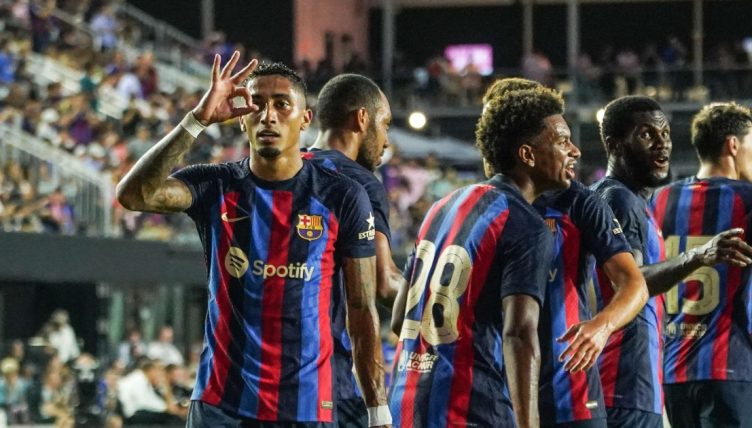 Leeds United fans will not be surprised to hear that Raphinha scored an absolute screamer to help Barcelona to a 1-0 victory over Real Madrid last night.

After a long and protracted transfer saga that saw Arsenal and Chelsea try and fail to sign the 25-year-old winger, Barcelona eventually got their man – and Raphinha himself got the destination he desired all along.

“It’s a dream come true since I was a kid,” Raphinha said after signing at the Camp Nou until 2027 with a €1billion buyout clause.

The Brazilian showed that he has no shortage of confidence with a bold statement ahead of the friendly at the Allegiant Stadium in Las Vegas.

“We’re better than Real Madrid and I want to play them,” he said of the current European champions, who finished 13 points ahead of Xavi’s side at the top of the La Liga summit last term.

But as Leeds fans will attest, Raphinha expresses himself best with the ball at his feet and last night’s friendly Clasico was no exception as he proved the match winner with his stunning strike.

In the 26th minute, some good pressing in the final third from Barcelona saw the ball arrive to Raphinha from about 24 yards out. The attacker did superbly to get the fizzed ball under his control with a lovely cushioned first touch, before unleashing hell with his second – he couldn’t have struck the ball sweeter as it flew past Thibaut Courtois and almost burst the back of the net.

The Brazil international has now scored two goals in two friendly appearances for his new club. Deep down every Leeds fan knew deep down that the ludicrously talented winger was destined to shine on the biggest stages like this after playing a vital role in keeping the club in the Premier League last term.