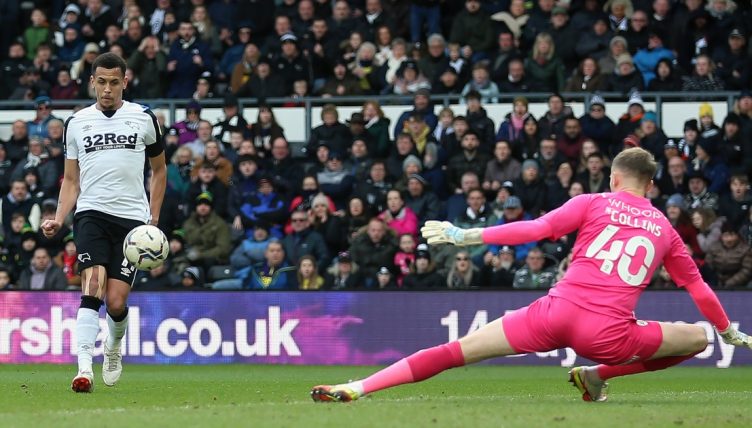 It’s safe to say that Morrison has enjoyed a nomadic career.

Since leaving Old Trafford in 2012 he has played for clubs including West Ham, Lazio and Dutch side ADO Den Haag.

Morrison has represented England at youth level and now has nine caps for Jamaica.

After a successful trial, he signed a one-year deal last summer with Championship side Derby – where his manager is United legend and former team-mate Wayne Rooney.

And the 29-year-old demonstrated his quality with an exceptional goal during Saturday’s six-pointer at Pride Park.

After a fluent counter-attack, Morrison looked set to take the ball on the edge of the box.

Instead, he dummied, letting it run through to Luke Plange, and made a run towards goal. Plange found him, and Morrison found the net. It was his first goal in English football since striking for QPR in 2014.

Morrison went on to add a second, firing home a rebound after Tom Lawrence had hit the post.

Derby are now five points from safety with 10 games remaining – a remarkable effort considering they’ve been deducted 21 points this season.

“Everyone enjoyed it from start to finish today,’ said Rams assistant Liam Rosenior. “I can’t fault the players with or without the ball – there’s a lot of work gone into that performance.

“I’m comfortable going into any game with this team. I don’t look at the league table, we’ll see where we end up.”

And we have no doubt that Morrison will play a vital role in the run-in for Derby.

A quite outrageously beautiful goal from Derby County, finished by Ravel Morrison 🔥 pic.twitter.com/Nqspey2ACh