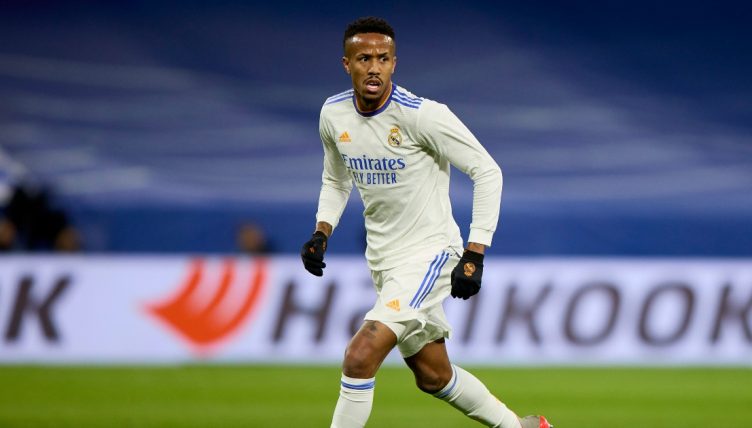 Real Madrid made hard work of their match against minnows Alcoyano in the Copa del Rey last 32 for the second year in a row – but this time, the La Liga leaders progressed to the next round.

There was to be no repeat 12 months on. Eder Militao gave Real the lead with a first-half header before Dani Vega levelled for Alcoyano.

But a second-half strike from Marco Asensio and an own goal from 42-year-old keeper Juan Jose sealed the win.

Former Sao Paulo and Porto defender Militao has formed a solid partnership with David Alaba this season and demonstrated his quality with one mazy run during the second half.

After winning the ball just inside his own half, the 23-year-old rampaged through the Alcoyano defence and showed scant regard for the presence of anybody in his path.

After knocking the ball down one side of Pablo Carbonell and running around the other, Militao slipped the ball deliciously through the legs of midfielder Juanan before being illegally stopped.

It was Militao’s mistake that cost Real Madrid in their previous outing against Getafe so Wednesday’s victory represented the ideal response from the Brazil international defender.

He won nine duels, made six clearances, won four tackles, made 10 recoveries and intercepted the ball three times during the game.

But everybody was talking about his Beckenbauer impersonation. Quite right too.