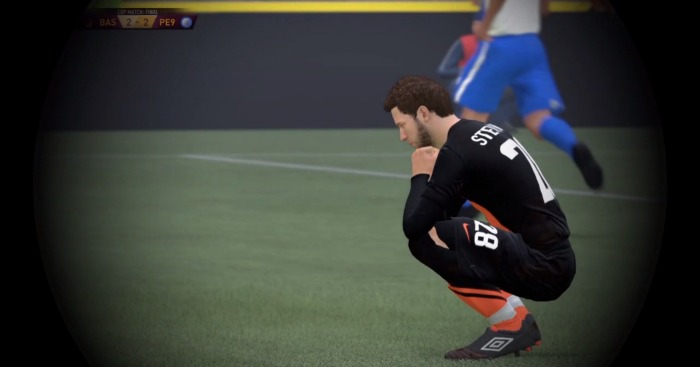 We’ve all got that one friend who’s absolutely useless on FIFA – if you don’t, we’re afraid it’s you – and one Reddit user went to brilliant lengths to create a montage of his mate’s worst moments on the game.

Pro Clubs can make or break friendships on FIFA, building your own team from scratch and playing alongside your mates against other clubs aiming to win promotion up the leagues.

As VICE noted last year: “Teamwork is the key to success and your own enjoyment in ‘Pro Clubs’, so playing with friends is advisable.”

The only problem, as one player called Steveo recently discovered, is that your friends are more than happy to rip the p*ss out of you.

But we couldn’t help but laugh at Jay Leathen’s emotional montage of Steveo’s worst moments, which you can watch below (just skip the 15 second blank intro). We salute you both.