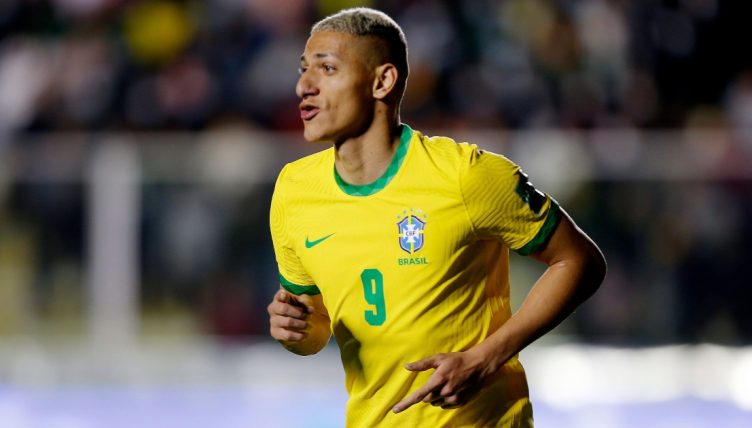 Richarlison hasn’t been at Tottenham for very long but he’s already proved his loyalty by defending team-mate Son Heung-min during a huge brawl between Spurs and Sevilla players in their pre-season friendly in South Korea.

Having joined Spurs in a £60million deal from Everton this summer, Richarlison was playing just his second game for the club when he took it upon himself to protect Son as the match between Spurs and Sevilla threatened to bubble over.

The friendly burst into life when Son accidentally elbowed Montiel in the face, opening up a wound. The Sevilla man left the field with a mouth full of blood and didn’t let the incident go away after the referee blew for half-time.

Montiel confronted Son at the half-time whistle and the Premier League Golden Boot winner shoved his opponent in response before Richarlison decided to introduce himself by also jumping into the action with his own push.

Spurs cult hero Christian Romero also got involved in proceedings as the two sets of players clashed in scenes that would have had fans rubbing their hands with glee.

The teams came back out after the break with the score still level at 0-0 but Spurs captain Harry Kane opened the scoring by calmly rolling the ball into the net after being played through by Son.

Sevilla equalised through Ivan Rakitic and the match finished 1-1, leaving Spurs supporters to reflect on Richarlison’s commitment to the cause in their post-match reviews.

🎥 Sonny not having it from #Sevilla players. Romero and Richarlison are immediately there to back him up 💪#THFC #COYS