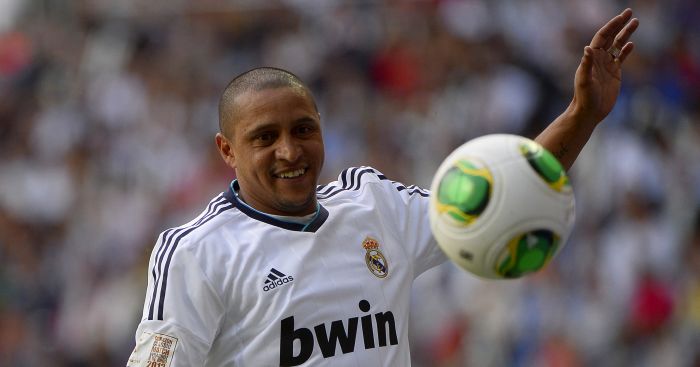 For most of us we can only dream of playing on the hallowed turf at the famous Santiago Bernabeu, but for Roberto Carlos it was a weekly occurrence for years.

And now the Brazilian has given us an insight into what it might be like to pull on Real Madrid‘s iconic white shirt with some footage he captured while playing in a legends match.

The Corazón Classic Match is now in its eighth year with money raised going to the Real Madrid foundation to help projects in Africa.

Incredible heroes of yesteryear including Cafu, Ronaldo, Luis Figo, Bruno Conti and Zbigniew Boniek all turned out for the clash between Real Madrid Leyendas and Roma Legends.

It was all fun and games with Carlos’ Los Blancos side coming out on top in a comfortable 4-0 victory over their Serie A counterparts.

Carlos captured the whole match from a camera attached to his shirt, giving us a view of the build-up as well as the in-game action, including a memorable free-kick from Figo. Enjoy the video below!