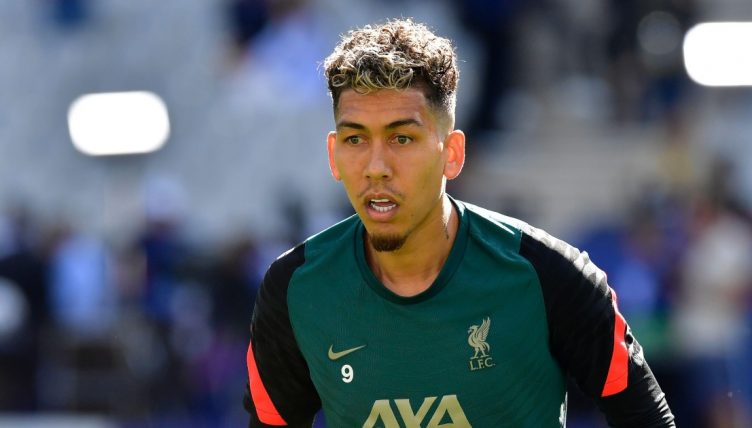 Firmino was on the losing side against Madrid in the 2018 Champions League final and then helped Liverpool beat Tottenham in the final a year later.

But Tsimikas, who joined Liverpool from Olympiacos in the summer of 2020, will be hoping to play in his first Champions League final.

A lot of players would be nervous ahead of the final but the pair were caught enjoying a bit of a kickaround in the Stade de France tunnel. Firmino also decided to nutmeg Andreas Kornmayer, Liverpool’s head of fitness and conditioning.

While they enjoyed being in the tunnel, a last-minute re-lay of the Stade de France pitch has led to growing concerns over its condition.

“Yeah, usually when you say the pitch looks new that’s good news,” Jurgen Klopp said. “This pitch is new since yesterday, that’s obviously not the best news. But for both teams.

“I have no idea how it will be now out there on the pitch but we will do a completely normal session that we planned to do. It’s not a lot obviously in this moment of the season. I saw the refs a bit with their session, the good news is the ball drops normal, that’s helpful.

“You can see the lines where they put the different pieces of the pitch in; that’s obviously not probably what we are all used to. But, again, that’s not a problem because the good news is both teams play on this pitch.

“That somebody thought it’s a good idea to bring the pitch the day before the game into the stadium, that’s an interesting idea, to be honest. It didn’t kill my mood for a per cent. I’m really happy that we are here. Now we are here and we play the game and that’s it. As long as both teams have the same circumstances, I’m fine with it.”

When Firmino & Tsimikas are left in the tunnel together 😁@LFC | #UCLfinal pic.twitter.com/XdBtkGJKKW