Watch: Roberto Firmino does karate-kick celebration with the FA Cup 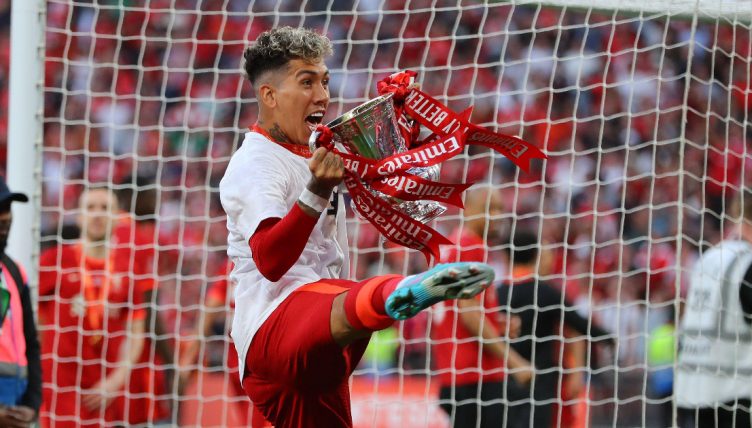 Roberto Firmino came off the bench as Liverpool secured a shootout victory over Chelsea in the FA Cup final and was heavily involved in the post-match celebrations, performing a karate kick in front of the Liverpool faithful at Wembley.

Firmino has fallen down the pecking order at Liverpool since the arrivals of Diogo Jota and Luis Diaz within the last two seasons, but the 30-year-old played a crucial part in their previous Champions League and Premier League victories.

His role as a ‘false nine’ helped get the best out of Liverpool’s other star attackers under Jurgen Klopp, and Firmino himself has scored 98 goals in 324 appearances since his arrival at Anfield in 2015.

Firmino has started just nine of his 20 league appearances this season but has still racked up 11 goals and four assists in all competitions and is a useful rotation option to have as Liverpool aim to compete on multiple fronts in their hunt for the quadruple.

Despite his limited role, Firmino still plays well when called upon and has been outstanding when given a chance this season.

The Brazil international took Liverpool’s third penalty against Chelsea and Edouard Mendy got a hand on the ball but couldn’t keep it out of the net.

After Mason Mount’s penalty was saved by Alisson, Konstantinos Tsimikas stepped up to score the decisive spot-kick.

Firmino celebrated with the FA Cup trophy after the game, parading it in front of the travelling Liverpool fans. He then produced his iconic karate kick celebration while holding the trophy.

With his contract expiring in 2023 the future is unclear for Firmino, but he will go down as a Liverpool hero regardless.

Firmino with the trophy pic.twitter.com/Ct1GdV9YXq