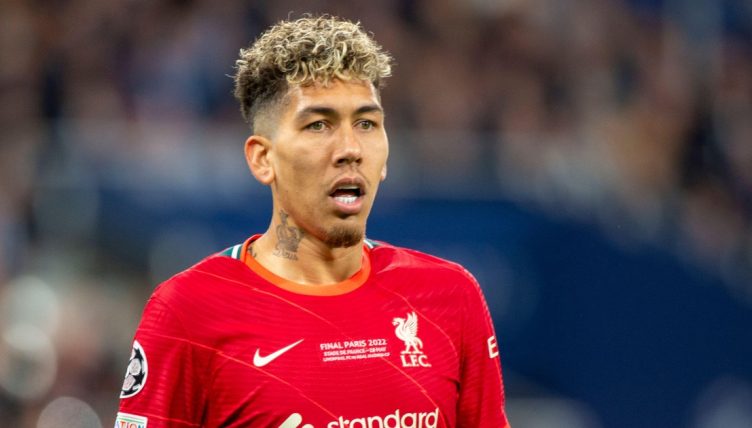 Darwin Nunez scored four goals during Liverpool‘s 5-0 win over RB Leipzig – but the real moment of the game came when Roberto Firmino produced a brilliant piece of skill.

But his future is currently uncertain after Klopp decided to spend a club-record £85million on Nunez earlier this summer.

The Brazil international is under contract until 2023 but is yet to sign a new deal and has been linked with a move to Juventus.

He still started over Nunez for their pre-season game against Bundesliga side RB Leipzig and played a key role in Mohamed Salah’s opening goal before also showcasing his impressive skills at the Red Bull Arena.

After being closed down by Leipzig’s Kevin Kampl, the 30-year-old put the ball through his legs and then tried to pick out Diogo Jota.

Firmino came off at half-time and was replaced by Nunez, who silenced his critics with four goals inside 45 minutes.

“I think everybody is really happy for him and was looking for him [in the dressing room],” defender Joel Matip said of Nunez when speaking to Liverpool’s official website after the game.

“Great finish, great speed and the body he always puts in – I think it will be really difficult for our opponents.

“We had quite a good time there on the pitch but it was a preparation game and we try to be in the best shape we can. For this we have to train and a few days to prepare the league.”