Watch: Mourinho runs onto pitch to stop Tammy Abraham being sent off 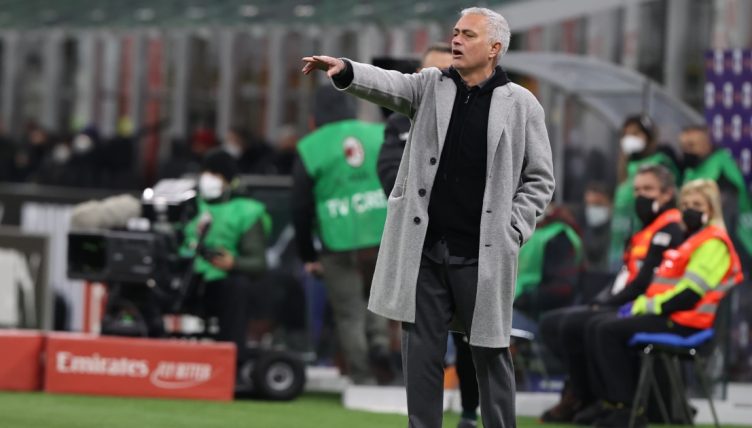 Jose Mourinho was up to his old tricks again during Roma’s Serie A match against AC Milan on Thursday night, charging onto the pitch to prevent Tammy Abraham from being sent off.

Mourinho took matters into his own hands as he got involved in an on-pitch fracas during his side’s 3-1 defeat at the San Siro.

With the score 2-0 to Milan – following goals from Olivier Giroud and Junior Messias​, the yellow-carded Abraham got himself into a spot of bother near the touchline.

The former Manchester United and Tottenham manager stormed the pitch and dragged the England striker away from the crowd of players in order to prevent a red card.

In fairness, this worked. And Abraham got himself onto the scoresheet minutes later, cleverly flicking the ball into the net.

But it didn’t prevent Roma from slipping to defeat and, speaking after the game, Mourinho aimed a dig at his opponents.

“I was offered the [Milan] job three years ago,” the former Inter manager revealed in his post-match press conference.

“I thought about it for three days, but I am so happy to have taken that decision.

“I am a professional, but there is still space for emotion. I am passionate about Roma and I will give everything for this club.​ Looking to what happened today, I am twice as happy about my decision.”