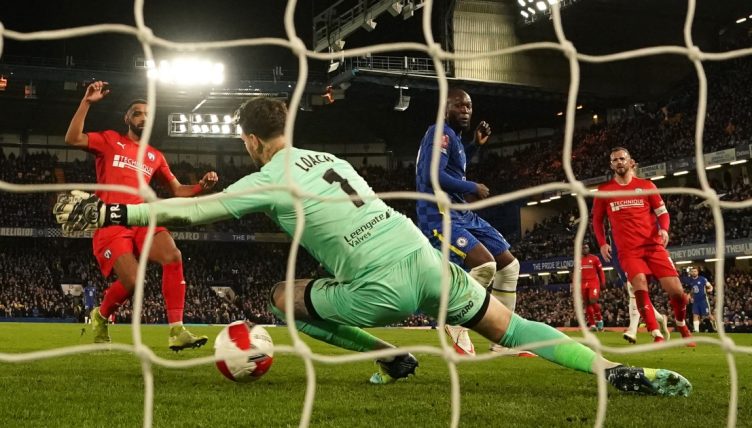 Romelu Lukaku scored his first Chelsea goal since being reinstated to the starting line-up as the European champions swatted aside Chesterfield on Saturday evening.

Lukaku caused controversy with an explosive interview with Sky Italia, where he admitted he was unhappy with his situation at Chelsea and wanted a return to Inter Milan.

Chelsea boss Thomas Tuchel dropped the £97million signing from the team to face Liverpool last weekend but bought Lukaku back into the fold for Wednesday’s victory over Tottenham.

The Belgium international was given another chance to boost his goal tally during Saturday’s FA Cup tie against non-league Chesterfield and Lukaku isn’t one to look a gift horse in the mouth.

Debutant Lewis Hall dribbled his way down the left, persisting after losing control, and whipped in a cross from the byline. Finding himself in the right place at the right time, Lukaku slotted the ball home from close range to put Chelsea 3-0 ahead.

He went on to miss three gilt-edged chances before being withdrawn at half-time. Chelsea won the tie 5-1 and progress into the fourth round of the competition.

Lukaku is back in the goals for @ChelseaFC 👏#EmiratesFACup pic.twitter.com/W4jIsU169g