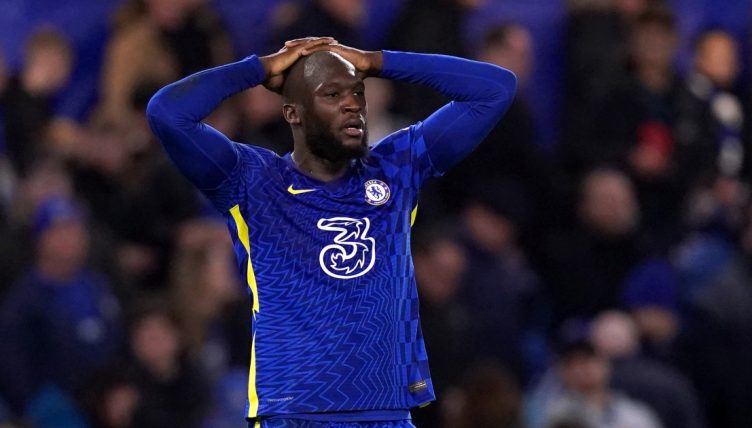 Chelsea striker Romelu Lukaku was denied by the woodwork in their FA Cup semi-final victory over Crystal Palace at Wembley.

The out-of-form Belgium international was introduced from the bench in the 78th minute with the Blues 2-0 ahead against Patrick Viera’s side.

Second-half goals from Ruben Loftus-Cheek and Mason Mount secured Chelsea’s progression into the final where they’ll face Liverpool, but Lukaku should have racked up a third goal in the final stages.

Timo Werner squared the ball across the box to the 28-year-old who fired an effort against the post from point-blank range.

Expectations were high for Lukaku when the Blues re-signed the striker for a club-record transfer fee ahead of the 2021-22 season from Inter Milan.

But he’s largely failed to impress since his return to Stamford Bridge – often finding himself cast aside under Thomas Tuchel or on the sidelines with injury.

But the former Manchester United man does have three FA Cup goals to his name this season, which made some believe he may have started the semi-final cup tie.

Maybe Lukaku’s miss when introduced highlighted just why Kai Havertz and Werner are ahead in the pecking order at the moment. A guilt-edged opportunity to potentially ignite his Chelsea career was pondered.

“What Timo has done is exactly what [Lukaku] needs to do,” Tuchel stated in his pre-match Palace press conference. “Wait, be patient, work hard and put the team first, be ready to help the team, because as a striker you can help within seconds.

“Now [Werner] has made it difficult to leave him out. I’m impressed, he was very, very good in the last two games. These were two games when he was much better than in any other game and he showed what he is capable of. Everybody thinks we as managers do the line-up, and of course we do.

“But in the end the players take care that you don’t leave them out, they do it in training or in games, and of course in games it’s the opportunity for everybody.”

Based on this finish, he won’t be regaining his starting place any time soon.

This Lukaku miss is a thing of beauty man.😭😭 #CHEPALpic.twitter.com/8JswnVoTCf