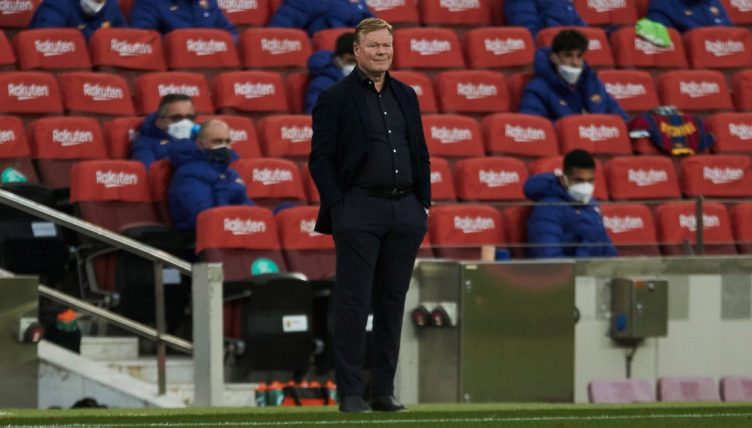 Barcelona manager Ronald Koeman was showed a red card as his team fell to a shock 2-1 defeat to Granada in La Liga.

Barca went into the game knowing that a victory would send them top of the table and leave their destiny firmly within their own hands.

But Granada stunned watching viewers by coming from behind to seal all three points and leave the La Liga title race on a knife-edge.

Koeman epitomised his side’s capitulation as he was sent off in the second half for his protests following Granada’s equaliser.

Darwin Marchis had levelled for the visitors in the 63rd minute which left the Barca manager furious.

And he appeared to be sent off for his complaints according to ESPN‘s Samuel Marsden.

Koeman will likely face a touchline ban – which would include this weekend’s crunch match against Atletico Madrid.