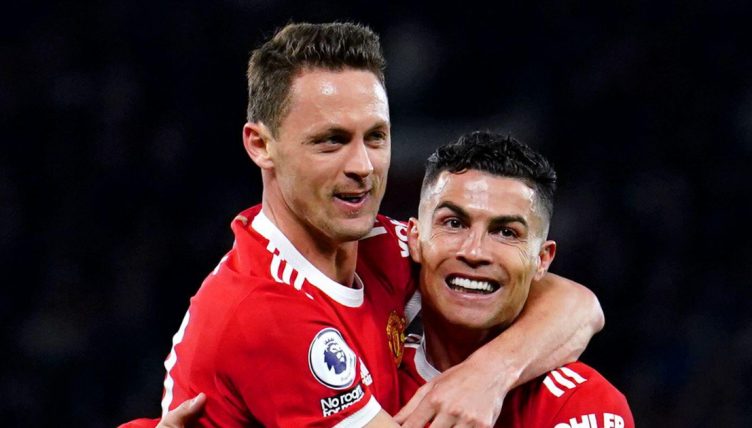 Cristiano Ronaldo scored a stunning goal to equalise for Manchester United against Chelsea on Thursday night, latching onto a lobbed ball from Nemanja Matic before firing home, and the children of the pair decided to recreate the goal.

Ronaldo has come in for some criticism since his sensational return to Old Trafford in the summer, but the 37-year-old has now scored 23 goals this season in a campaign where United have fallen well short of expectations.

The Portuguese superstar has been in stunning form, with a hat-trick against Norwich City being followed up with goals against Arsenal and Chelsea, and the equaliser against the Blues was one of his finest goals this season.

United found themselves trailing after Marcos Alonso’s opener, but it was two of the oldest players in the team who stepped up when behind.

The 33-year-old Serbian powerhouse won the ball in midfield, before driving forward and delightfully chipping the ball to Ronaldo, who finished powerfully.

Two of their kids, clearly impressed with what they had seen, decided to try it at the Manchester United training ground, as both form part of the academy.

Matic’s son chipped the ball to Cristiano Ronaldo Junior, who took a touch and finished before the pair joined in celebration.

The midfielder stated in 2020 that his son prefers Ronaldo to Lionel Messi, so this will have been a special moment for him.

“If you ask my son, Ronaldo,” Matic stated when asked who he thinks the greatest player of all time is.

“For me it’s hard to say who is the best I think that over the last 15 years, they’re both the best.

“I don’t know who is better from those two players, but I’m sure both of them are maybe the best players in football history.”